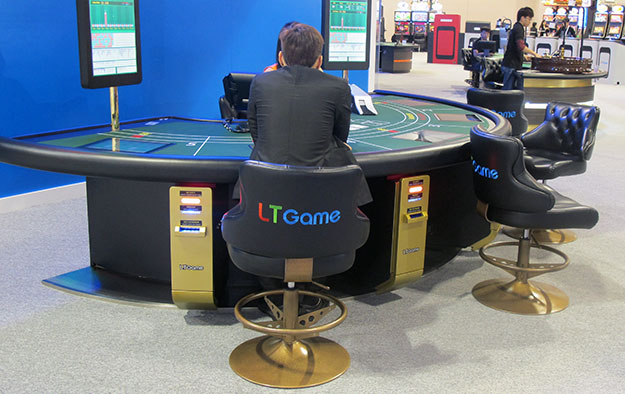 Hong Kong-listed casino equipment maker Paradise Entertainment Ltd on Tuesday issued a warning that it might record a loss for the six months to June 30, compared to a profit in the prior-year period.

The firm said the expected loss in the first half of 2015 is mainly attributable to “a decrease in gross gaming revenue of the group’s casino management business and an increase in overall operating expenses, particularly on labour costs”.

The company posted a net profit of HKD50.5 million (US$6.5 million) for the first six months of 2014. But it reported a 36 percent decline in net profit for full-2014 despite higher revenue.

“The group will continue to optimise its cost structure to remain lean in the current weak operating environment in Macau,” the company said, adding that it expects “to ramp up its overseas gaming system market with machine installations in the second half of the financial year”.

In May, chairman Jay Chun said Paradise Entertainment expected to boost sales this year, including selling about 1,000 units in the Macau market. The company is also aiming to deploy 700 machines in the U.S. this year and to sell about 300 to 500 units in Australia, Mr Chun added.

The imminent return of package tours from mainland China will not only help boost Macau’s tourism businesses, but is also expected to help casinos gain more foot traffic in their mass gaming... END_OF_DOCUMENT_TOKEN_TO_BE_REPLACED