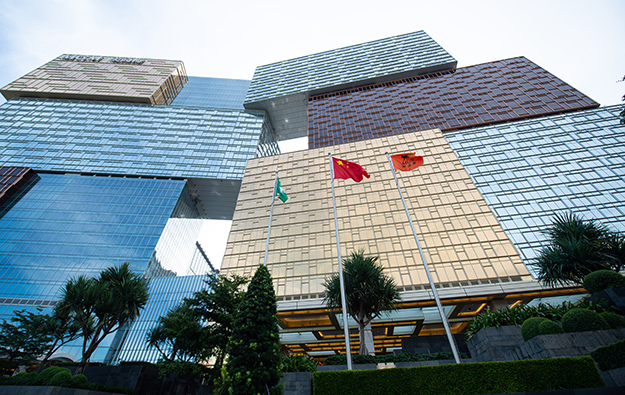 U.S.-based MGM Resorts International is to make available a subordinated revolving loan facility in an amount of up to US$750 million to its subsidiary, Macau casino operator MGM China Holdings Ltd.

The announcement was made on Friday by Hong Kong-listed MGM China. The firm operates two casino properties in Macau: MGM Macau on the peninsula, and MGM Cotai (pictured).

The “financial assistance” agreement highlights MGM group’s “confidence in the long-term growth potential” of the Macau market, said MGM China in a filing to the Hong Kong Stock Exchange.

It added: “The availability of the facility further bolsters the company’s already strong financial position in meeting future working capital and other funding needs.”

The term of the revolving loan facility is 24 months. The interest rate on funded amounts “will be the greater of 4 percent per annum and the prevailing market rate,” stated MGM China.

The Macau casino operator saw a widening on its quarterly loss in terms of adjusted property earnings before interest, taxation, depreciation and amortisation (EBITDA) for the three months to September 30, the MGM group announced earlier this month.

Such adjusted EBITDA loss was HKD535.5 million (US$68.2 million), compared to a negative HKD382.4 million in the second quarter, and a positive HKD45.7 million in the first quarter.

Incumbent MGM China is among the seven contenders in an ongoing public tender for six new 10-year Macau gaming concessions. The firm is up against the bids made by the other five incumbent operators and GMM Ltd, a Macau-registered company linked to casino operator Genting Malaysia Bhd. The Macau government has said it hopes to start the new concession term on January 1, 2023.

The new generation of Macau casino concessionaires might each have to spend between HKD10 billion and HKD20 billion across the 10-year duration of the licence, on non-gaming activities pledged in return for gaming rights, investment bank Credit Suisse AG said in a note issued last month.

The decision by the Macau government to grant fresh 10-year licences to each of the city’s six incumbent casino operators has been welcome by top management at those firms. Each of the concessions... END_OF_DOCUMENT_TOKEN_TO_BE_REPLACED