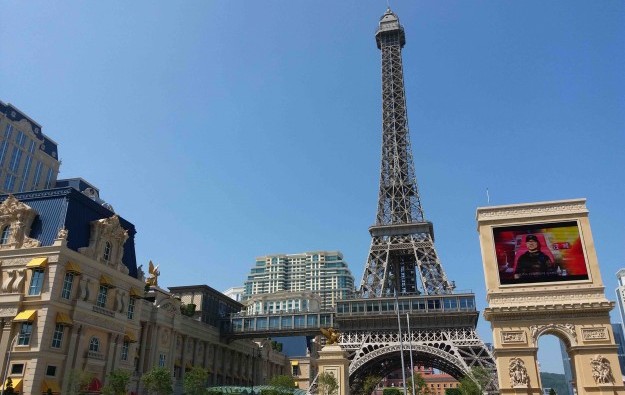 Awareness among gamblers has been high regarding the opening on September 13 of the Parisian Macao (pictured) in Cotai, the latest Macau casino resort from Sands China Ltd, said a note from the Buckingham Research Group Inc.

The institution added that by contrast, it thought the marketing of Wynn Macau Ltd’s Wynn Palace – which launched on Cotai on August 22 – had been “more passive”.

“The awareness of the Parisian [Macao] among gamblers was high, with Sands having blanketed the region with social media impressions of the new property over the last couple months,” said analyst Christopher Jones on Thursday.

“This is in contrast to the recent Wynn Palace opening that took a more passive strategy relative to marketing, prior to opening. We believe that Wynn is looking to address this, as it adjusts to the operating environment in Cotai,” he added.

Brokerage Union Gaming Securities Asia Ltd said in a Monday note that in the Parisian Macao’s first weekend of operation, it appeared to be a net importer of people from the next-door property Studio City, a venue that is 60 percent owned by Melco Crown Entertainment Ltd.

“Based on multiple observations over this past weekend, we consistently observed more persons walking to Parisian (from Studio City) than to Studio City (from Parisian). In other words, [there was] a net migration towards Parisian,” said Union Gaming analyst Grant Govertsen.

“The bottom line is that Parisian seems to be significantly more compelling than Studio City from a mass-market consumer perspective, and should these trends be maintained, Parisian could prove less of a benefit and more of a headwind for Studio City,” he added.

On September 6, Ted Chan Ying Tat, chief operating officer of Melco Crown, had said in comments to the media that he welcomed the opening of the Parisian Macao, as it would mean Studio City would no longer be “an isolated island” at the southern end of the Cotai Strip.

Deutsche Bank Securities Inc said in a Thursday note – following discussions with industry sources in Macau – that the concept of “player acquisition” seems to be a key theme for the city’s casino operators, “as new property operators believe that customer loyalty will be crucial, and likely as important as aggregate market growth”.

“While the theme of player acquisition was repetitive, we didn’t sense a concrete strategy amongst the operators to achieve the goal and hence, we think ultimately product quality leads the way, with customer reinvestment following,” said analysts Carlo Santarelli and Danny Valoy.

Buckingham Research stated – regarding the Parisian Macao – that “notably and unlike” some prior Macau openings from Sands China and its parent Las Vegas Sands Corp, “the property was largely completed at launch, including all 3,000 rooms and the retail offering”.

Mr Jones added: “Offsetting the opening surge at the Parisian, were somewhat softer volumes on the Venetian [Macao] casino floor. Given the proximity and that the properties share a bus entrance, this isn’t a surprise.”

Sands China said in an emailed reply on Monday to GGRAsia that an air-conditioned bridge that will link the Shoppes at Four Seasons to the Parisian Macao was “targeted to open by the end of 2016”.

Deutsche Bank gave in its Thursday note some commentary regarding the possible recovery in Macau casino gross gaming revenue.

Mr Santarelli and Mr Valoy stated: “We recently returned from Macau, and left broadly unconvinced about the shape of the ‘recovery’.”

They added: “The reaffirmation that mass is improving was pronounced, though the slope of the mass recovery and views on the ability for mass growth to offset supply varied. We get the sense that expectations remain low with respect to medium term VIP trends, as most believe junket consolidation will continue and the November/December AML [anti-money laundering] regulations could create another leg down.”

That was a reference to a scheduled autumn audit by the Paris-based Financial Action Task Force (FATF), regarding Macau’s AML compliance.

Japanese brokerage Nomura said in an a Thursday note following meetings in Macau with senior casino executives: “Most operators noticed an improvement in VIP in the past few weeks although most are pessimistic over the medium-term outlook, with FATF anti-money-laundering audit in fourth quarter 2016 which could result in further policy tightening.”

Nomura added: “[Chinese] Premier Li Keqiang’s visit to Macau in mid-October and potential tightening of smoking regulations in first half 2017 are also near- to medium-term headwinds for the VIP business.”

Deutsche Bank noted: “Most believe the VIP room smoking ban is coming later this year and will go into effect in 2017. It is believed that putting everyone on a level playing field with respect to smoking regulations could be a market share opportunity for those who have not been able to circumvent the mass floor smoking ban rules.”

Scrutiny by a committee of the city’s Legislative Assembly regarding a revised tobacco control bill for Macau is expected to recommence next month following the summer recess.

It is likely that Macau will shortly have a third round of citywide centre-based Covid-19 testing in little more than a week, after the results so far of a second mass test – that was due to finish... END_OF_DOCUMENT_TOKEN_TO_BE_REPLACED