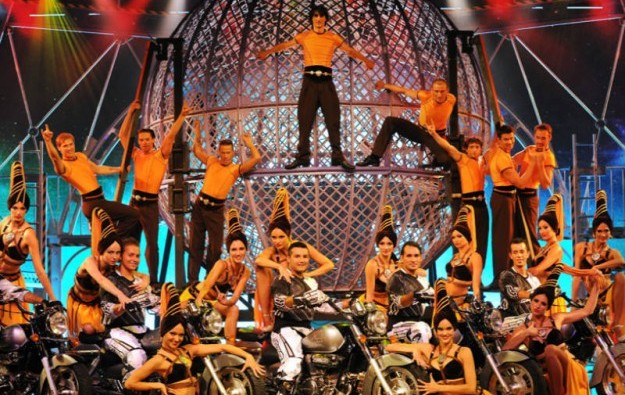 Sands China said the spectacle is a combination of “magic, dance and acrobatics”, and is “for viewers of all ages”. The production is presented by Agosta Artist Co (AUSA) in collaboration with the Royal Palace International Music Hall of France. The show launched in 2014, and has toured Asia, including China, and Europe.

The performance is said to use audio and video technology to take the audience on a virtual tour of Paris – via the Eiffel Tower, the Arc de Triomphe, The Louvre and Notre Dame Cathedral – before the setting switches to Macau. It includes an international cast of 38 stunt performers, illusionists, world champion skaters, international models, dancers and performers, according to Sands China.

The Parisian Macao opened in September 13, 2016 with 3,000 hotel rooms and was the fourth Cotai property of Sands China. The hotel currently houses 150 live gaming tables, 25 of which were assigned to the property by the Macau government with effect from January 1.

The longest running resident show in Macau has been Melco Resorts and Entertainment Ltd’s “The House of Dancing Water”, at the firm’s City of Dreams property on Cotai. The show, created by Italian-Belgian director Franco Dragone, had its premiere in September 2010.

“Zaia”, a stage production from Canadian entertainment company Cirque du Soleil and that was based at Sands China’s Venetian Macao, ran from August 2008 to February 2012.

Currently all the Macau casino operators say they are seeking to increase the amount of non-gaming, mass-market entertainment they offer to customers.

The Macau government has set a target for non-gaming revenue at Macau casino resorts to account on average for at least 9 percent of all such revenue by 2020. The target had already been met by 2015.

A Macau court was told on Wednesday that Asian American Entertainment Corp Ltd (AAEC), led by Taiwan businessman Marshall Hao Shi-sheng, was to blame for its failed tie-up with United States-based... END_OF_DOCUMENT_TOKEN_TO_BE_REPLACED