Party lovers could get fresh chance amid Macau VIP woes 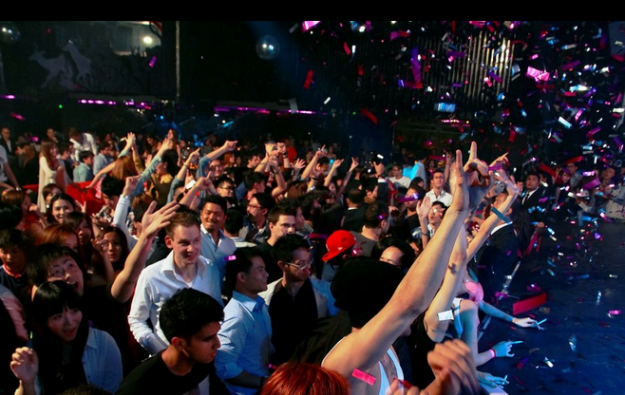 Mainland China’s crackdown on corruption – and increased scrutiny of Chinese citizens going to gamble in Macau as well as the reported checks on from where the high rollers’ money came – has made talk of Asian casinos’ non-gaming offer more fashionable.

At Global Gaming Expo (G2E) Asia 2015 to be held at CotaiExpo in Macau in May, one of the new features will be the Macau International Clubbing Show (MICS). The event is designed to link entrepreneurs in Macau and other parts of Asia with those in the club and bar industry in cutting edge markets in the West, and in popular regional entertainment centres such as Bali, Indonesia, and Koh Samui in Thailand.

In Las Vegas, nightclubs can reportedly earn more per square metre than some of the gaming floors in Nevada’s premier casino city.

According to the Nightclub & Bar Media Group, a unit of U.S.-based business information firm Questex Media Group LLC, seven of the top 10 grossing bars and nightclubs in the U.S. are in Las Vegas.

XS Nightclub at Wynn Resorts Ltd’s Encore Las Vegas property, is reported to have generated as much as US$95 million in revenue in 2013.

Despite Macau having been dubbed by some as ‘Asia’s Las Vegas’, the growth of the nightclub and bar scene inside the city’s casino resorts has so far been lacklustre when judged by number of outlets. In the gaming bull market seen in Macau between 2010 and mid-2014, such non-gaming segments  just weren’t able to deliver the returns offered by gaming. One of the best-performing non-gaming segments in Macau casino resorts has been some of the luxury retailing. But even that has come under pressure since China’s corruption crackdown began, according to some investment analysts.

When Wynn Macau Ltd – a unit of Wynn Resorts – opened its first Macau casino-hotel, Wynn Macau in December 2006, it introduced Tryst, one of the parent’s Las Vegas nightclub brands. But the firm closed Tryst four months later in April 2007 to turn it into a private gaming area, according to a company executive quoted at the time in the local media.

MGM China Holdings Ltd has already reduced the size of its Lion’s Bar on the MGM Macau casino floor, and in August management said it might close the bar because it was not “doing well enough”.

The main regular club and bar at Sands China Ltd’s Venetian Macao is Bellini Lounge, located on one edge of the main casino floor. That part of the floor currently has only light traffic from casino customers.

Club Cubic, at Melco Crown Entertainment Ltd’s City of Dreams Macau, jointly serves as a nightclub and as a revue bar for the resort’s Taboo show. City of Dreams is also famous for its summertime pool parties.

Now there is a new imperative for Macau casinos to supplement their non-gaming facilities. It is political rather than driven purely by the investors. Macau, including its casino industry, has been told by China’s central government to speed up the process of diversification for the local tourism industry and make the city and the industry less dependent on gambling for its income. Some of that will happen with the new Cotai resorts opening between now and 2018. Melco Crown recently announced a Batman-themed virtual ride for its majority-owned US$3.2 billion Studio City resort, due to open in mid-year.

Offerings such as clubs and entertainments can act as a form of marketing for casino resorts, creating a multiplier effect for the operator relative to the opportunity cost of giving them space in the first place, Michael Van Cleef Ault, principal of the nightclub industry consultancy Ault Group told GGRAsia in August.

But club industry entrepreneur Jean-Albert Vergnaud told GGRAsia in a recent interview: “It’s not easy to grow revenue in the clubs scene unless you have competition.” He is deputy chief executive and co-founder of Monaco International Clubbing Show (also known as MICS), which is organising the new club industry event at G2E Asia 2015.

“The artistic part is so important,” he explained. “If you just have one or two nightclubs [in the casino sector] which is the case now in Macau, it’s not easy. Competition pushes the owners of the clubs to develop their artistic and public relations to bring in the people. So I think once there are four or five major clubs, there will be major events on different nights, and more effort to get each club more profitable per square metre and per table.”

Mr Vergnaud said that despite the different tastes of Asian consumers compared to the typical Las Vegas visitor, there was nothing fundamentally wrong with the nightclub business model in Macau as it currently operates.

“The business model and margin for selling food and beverage in clubs in Macau is good. But in order to push up the minimum spend per table required of the patrons, you need the club to be packed.”

Josephine Lee, senior vice president of Reed Exhibitions Greater China, which is a co-organiser of G2E Asia alongside the American Gaming Association, told GGRAsia: “I think the term ‘clubbing’ can seem a bit narrow for Asian people… it is more about the whole trendy entertainment and dining experience.”

She added: “What we are talking about might be a big change… If you look at how Japan was 30 years ago, it was not so international in its outlook. People in Japan then didn’t even eat hamburgers. Even Macau 10 years ago was very different. So I think change comes step by step.”

Macau’s current bearish gaming sector could offer the best opportunity since market liberalisation in 2002 to develop new – and meaningful in revenue terms – product segments in the casino resorts.

Market-wide in 2014, the VIP segment was still 60.5 percent of all casino gaming revenue in Macau, despite a decline of nearly 11 percent on the 2013 VIP tally.

The sheer economic power of VIP play during the good times has dwarfed all other business segments in the Macau casino industry.

In two expansions of Wynn Macau, in December 2007 and November 2009, the property added not nightclubs but more gaming space and additional food and beverage and retail amenities.

Nonetheless, the amount represented a 6.1 percent year-on-year decline. A slowdown in luxury retail sales in Macau and Hong Kong has been attributed by some analysts to the anti-corruption crackdown in mainland China. The giving of expensive gifts to mainland officials by those seeking help in business is one of the practices now frowned upon.

Such policy developments and the local and central government statements recently on the need for Macau to diversify its leisure-based economy could open new opportunities for the clubs and bars scene as it relates to the Macau casino industry. Until now, most of the city’s bars and karaoke establishments have been clustered in the NAPE district on Macau peninsula.

“I don’t think Macau does a very good job of driving FIT [free independent traveller] traffic out of Bangkok and Tokyo and other places so that Macau can reach farther for its customer base. It hasn’t needed to,” Dennis Andreaci told GGRAsia. He is a former executive at Melco Crown’s Altira Macau and until April last year a senior executive at Solaire Resort and Casino in Manila, in the Philippines.

There does however seem to be demand among mainland Chinese people –  in 2014 accounting for 67 percent of Macau’s 31.5 million visitors – for nightlife that doesn’t involve a baccarat table.

According to research cited by Reed Exhibitions, at a recent press event in Macau to announce the programme for G2E Asia 2015, in mainland China there are more than 200,000 bars, nightclubs, karaoke venues (known locally as ‘KTV’) and discotheques. Those figures might challenge the idea that Chinese visitors to Macau are only going to be interested in gambling.

Most of Macau’s casino operators are likely to generate positive free cash flow in the first quarter, given the robust recovery level of mass-market gross gaming revenue (GGR) in January, relative... END_OF_DOCUMENT_TOKEN_TO_BE_REPLACED