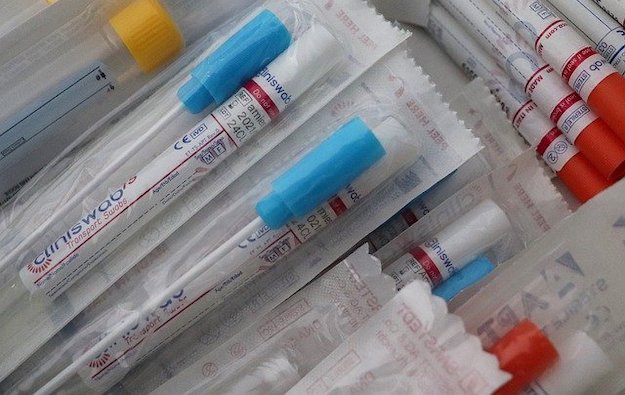 A 33-year-old man from mainland China who had checked in at Macau’s StarWorld hotel – and that visited the property’s casino – was confirmed on Friday to have Covid-19. The Macau authorities chose not to activate any temporary shutdown of the property. They mentioned the person did not display symptoms of infection, and that they had factored the man’s itinerary while in Macau.

The case was detected on Friday morning, after the Macau health authorities were informed by their Zhuhai counterparts that a mixed batch of samples submitted to a nucleic acid testing station at Zhuhai’s airport – and involving two men that subsequently had travelled onward to Macau – had shown one ‘positive’ result.

Each man then underwent individual tests in Macau and one of them tested ‘positive’ for Covid-19.

Macau’s Secretary for Social Affairs and Culture, Elsie Ao Ieong U, told reporters on Saturday, that, taking into consideration the patient’s itinerary, the local authorities had decided it was not necessary to put the StarWorld property under “control” measures.

In recent cases where a person with Covid-19 was detected as staying at a local hotel, the Macau authorities had decided to shut down the property temporarily and test everyone inside for infection.

According to a press release, Ms Ieong U stated that the local authorities were focused on introducing prevention and control measures that were more precise, to minimise their social impact.

Ms Ao Ieong stated that the patient had been detected shortly after arriving to Macau. She added that the man – who arrived to Macau on Thursday at 10.30pm – had not stayed overnight at the hotel. She added that, according to information collected by the local authorities, the patient had been inside the casino at StarWorld for “less than an hour” on Thursday night, when there were not many people around.

Therefore, after due analysis, it was considered unnecessary to put the entire hotel under control measures, stated the official. She added that facilities in Macau visited by confirmed cases of Covid-19 would all undergo cleaning and disinfection before fully resuming regular operations.

International casino operator Las Vegas Sands Corp has been ranked as the most sustainable firm in the global casino sector, according to the 2023 edition of the S&P Global Sustainability... END_OF_DOCUMENT_TOKEN_TO_BE_REPLACED