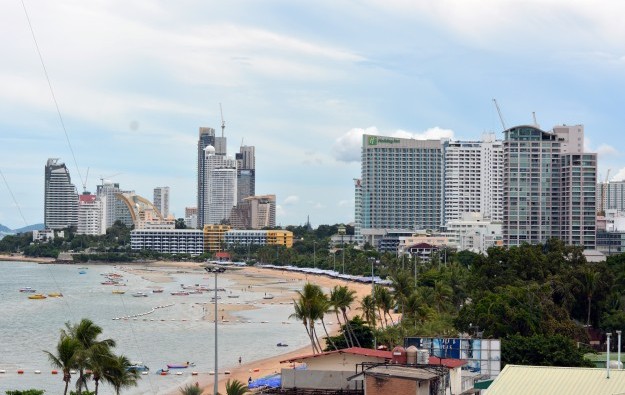 A minority group on Thailand’s National Reform Council (NRC) is suggesting legalising casino gaming in the country, according to local media reports. A formal proposal should be submitted soon to the government, two representatives of the group said, quoted by local newspaper the Nation.

The representatives said Pattaya (pictured), a popular beach destination with foreign holidaymakers that is 147 kilometres (91.3 miles) southeast of the capital Bangkok, was the logical location for a casino resort, the report said.

The NRC is a 250-member body that was formed by the Thai military after the latter seized power in May 2014. One of its jobs is to oversee the drafting of a new constitution for the southeast Asian kingdom. It is due to be implemented this year.

NRC members Arnun Watcharothai and Kriangkrai Phumlaochaeng said on Monday that a plan to legalise casinos was backed by a dozen NRC members, the Nation newspaper added.

According to the NRC members, licensing casinos would boost tourism in Thailand and stop locals to go across the border to gamble in casinos, namely in Cambodia and Vietnam. They pointed to other benefits for the country, including additional spending and tax revenue from foreign visitors.

The reports of mooted casino liberalisation in Thailand also come as Myanmar, which shares a long border with Thailand running north-south, is said to be considering regulating the industry. Last month it was reported that a Singapore firm was close to signing a deal to develop a US$1.2-billion casino resort project in Myanmar’s Mergui Archipelago.

Mr Phumlaochaeng of Thailand’s NRC was quoted suggesting that – if approved – Thailand casino projects should target foreign tourists, while locals would be required to present financial statements before they would be allowed to enter the premises.

Mr Watcharothai additionally said the group was aware of previous unsuccessful attempts to legalise casino gambling in Thailand, but said it believed the potential economic gains would be enough to overcome any domestic opposition.

The NRC will propose the casino legalisation plan to the government if the majority of council members vote for it, Mr Watcharothai said. However, the final decision rests with the Cabinet and the military’s ruling National Council for Peace and Order, he added.