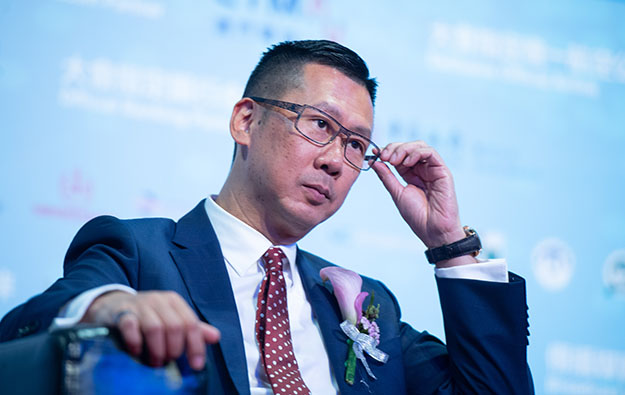 Paulo Martins Chan (pictured in a file photo) is stepping down as head of Macau’s gaming regulator, the Gaming Inspection and Coordination Bureau, also known as DICJ. The news was confirmed to GGRAsia by a spokesperson from the Office of the Secretary for Economy and Finance.

Secretary for Economy and Finance Lei Wai Nong is the government official that oversees the city’s gaming industry. He was appointed to the post in December last year.

Upon “his request and a request from the Public Prosecutions Office,” Mr Chan is returning to his post as prosecutor, the spokesperson told GGRAsia in an emailed reply on Tuesday.

Mr Chan, an assistant public prosecutor-general in Macau, was sworn in in December 2015 as director of the DICJ, initially for a one-year term. He had been reappointed for successive terms since. His current term was set to expire at the end of November.

The Macau government spokesperson did not confirm when Mr Chan would be leaving DICJ. The person added that his replacement would be announced “in due time”.

Prior to his time as head of DICJ, and while assistant public prosecutor-general, Mr Chan handled a corruption case involving now Secretary Lei. Macao’s Court of Second Instance exonerated Mr Lei in 2015 from any wrongdoing. The case involved the grant of 10 grave spaces in a public cemetery.

Macau News Agency had reported on Tuesday morning that Mr Chan was stepping down as head of the gaming regulator. It added that Adriano Marques Ho, an advisor to Macau’s Secretary for Security Wong Sio Chak, would be appointed to lead the gaming bureau. The change would be effective in June, added the media outlet.

Mr Chan had succeeded Manuel Joaquim das Neves, who retired in 2015 after almost two decades as director of the gaming regulator.

Mr Chan’s spell as head of the Macau regulator coincided with efforts to revamp the regulatory framework for the city’s gaming industry, particularly regulations on junket operators. He had said the aim of such efforts was to strengthen oversight of the overall industry.