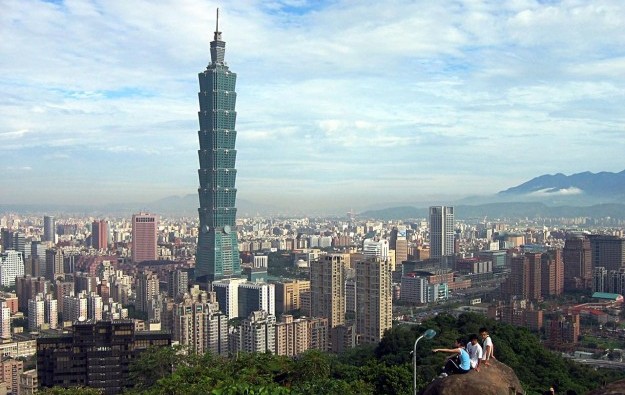 Advocates of a ‘yes’ vote in Penghu County’s forthcoming referendum on casino gaming protested on Wednesday outside the headquarters of Taiwan’s Democratic Progressive Party (DPP) in Taipei, reported the Taipei Times newspaper.

The media outlet said the demonstration, held in Taiwan’s capital (pictured), was in response to a call on Monday from the DPP, for voters in Penghu – an outlying island chain – to vote ‘no’ in a plebiscite due on October 15, regarding the idea of allowing casino gaming there.

“The DPP should not try to override public opinion, but instead remain neutral and respect the residents’ decision,” said Chen Meng, described as director of an advocacy group for “the internationalisation of Penghu”, as reported by the newspaper.

“It is not casinos that we want [per se], but major international investment, similar to entertainment facilities in Singapore, which can take local development to another level,” Mr Chen was additionally reported as saying.

Taiwan’s current president, Tsai Ing-wen – who came to office following a general election in January – is a member of the DPP.

Her appointment has reportedly put a chill in relations between Taiwan and the People’s Republic of China, because of Ms Tsai’s pro-independence stance. China regards Taiwan not as a separate country but as a province of China.

Mr Chen said the DPP’s Monday call for a ‘no’ vote on gaming on Penghu went back on a promise by President Tsai to respect the referendum and the residents’ decision.

DPP spokesman Wang Min-sheng said in response, as quoted by the Taipei Times: “That the party opposes the proposal is not in conflict with its respect of the referendum’s result, whatever that might be.”

“A casino is not the only means to develop tourism in the county,” the party’s spokesman added.

Anti-casino groups “Alliance Against the Legalisation of Gambling” and “Penghu Anti-Casino Alliance” issued a joint statement approving the DPP’s stance, said the newspaper.

Alliance Against the Legalisation of Gambling’s director, Ho Tsung-hsun, urged Penghu County Commissioner Chen Kuang-fu – a DPP member – to side with opponents to the plan.

In a September 2009 referendum, more than 17,000 Penghu residents – or 56.4 percent of the total turnout – voted against a proposal to allow casino resorts there.

In a referendum in July 2012, the residents of Matsu voted in favour of casino resorts as a means of attracting tourists and boosting the local economy. But it would still be up to Taiwan’s central government to authorise the regulation of casino resorts on outlying islands, which is yet to happen.

Mainland China officials last year ruled out the idea of that country’s citizens being allowed to travel to any of Taiwan’s outlying islands that gained the right to operate casinos.