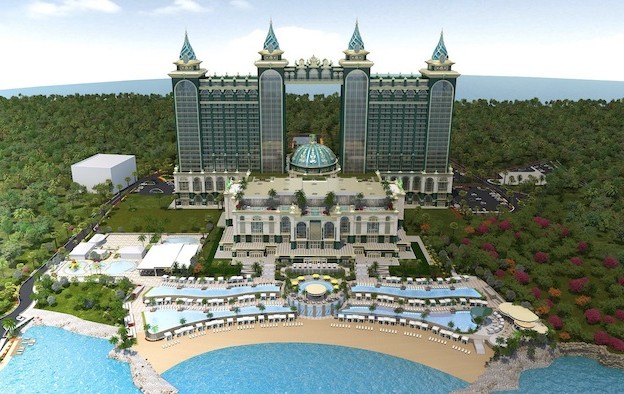 PH Resorts Group Holdings Inc, promoter of Emerald Bay (pictured in a rendering), an under-construction casino resort in Cebu, in the Philippines, has flagged a new completion date for the first phase of the complex.

In a Monday filing, PH Resorts said that phase was now “expected to be completed in the first quarter of 2023.” The company had previously mentioned first-phase completion in the third-quarter 2022.

José Angel Sueiro, chief operating officer of PH Resorts, said in May that the Covid-19 pandemic had affected the development timetable for the project.

When phase one of Emerald Bay is finished, the venue will house 122 gaming tables and 600 electronic gaming machines. It will also have a five-star hotel with 270 rooms.

The second phase of Emerald Bay is to be developed in the period up to 2027. Once fully completed, the casino is to feature more than 720 electronic gaming machines and over 146 a gaming tables, as well as space for meetings and exhibitions. The resort will also offer more than 780 hotel rooms, stated the promoter.

The first phase of the project has an estimated cost of US$238.5 million, according to Monday’s filing. The whole project has a US$465.4-million budget.

The firm said a “maximum of 70 percent of total capitalisation for the project” would be funded by the proceeds from the company’s existing debt facility, currently amounting in aggregate to PHP5.2 billion (US$108.9 million) and US$15 million, “and through the expected availment of additional debt”.

Earlier this month, PH Resorts announced it was putting on hold the development of a separate casino investment in the Clark Freeport Zone, on the main island of Luzon. The company said that the country’s gaming regulator had approved the request from one of its units to suspend the provisional gaming licence for that project “until further notice”.

Former Macau junket operator Suncity Group had no commercial need to seek illicit gains from under-the-table betting via the “multiplier”, as the company had a huge gaming business... END_OF_DOCUMENT_TOKEN_TO_BE_REPLACED