Philippine casinos should be included in AML law: SEC

The head of the Philippine Securities and Exchange Commission, Teresita Herbosa, said her office would push for casinos to be covered by the country’s anti-money laundering (AML) law, reported Philippine newspaper the Standard.

Ms Herbosa on Monday called on the country’s Congress to strengthen further the Anti-Money Laundering Act, amid reports that part of US$81 million allegedly stolen from Bangladesh’s central bank found its way into Philippines casinos.

“It’s a global effort to eradicate money laundering. We have to catch up with people doing such activity and while we are doing that we need to strengthen the laws of each country to conform to best practices,” Ms Herbosa was quoted saying in Monday’s report.

The official additionally said the recent case of alleged stolen funds being laundered in Philippines casinos should be a “good stimulus” to add certain groups to the Anti-Money Laundering Act.

“I’m sure they’ll [casinos] be considered for the next round of amendments,” Ms Herbosa was quoted saying.

The exclusion of casinos from anti-money laundering (AML) obligations contained specifically in the country’s Anti-Money Laundering Act was at the request of some lawmakers and  the country’s gaming regulator, the Philippine Amusement and Gaming Corp, also known as Pagcor, said Senator Teofisto Guingona in February 2013, following the approval of some revisions to the 2001 act.

Ms Herbosa is among the officials invited to hearings of the Senate starting on Tuesday. The chairman of Pagcor and executives from several of the country’s casino resorts have also been invited to the hearings. 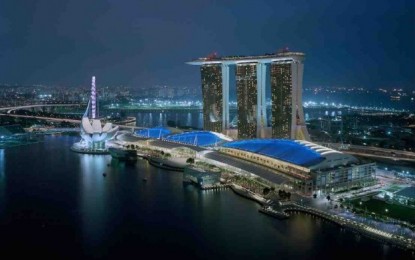 Las Vegas Sands Corp (LVS) says it has started a US$1 billion “renovation project” of hotel accommodation at its Marina Bay Sands resort (pictured) in Singapore. The information was given by... END_OF_DOCUMENT_TOKEN_TO_BE_REPLACED