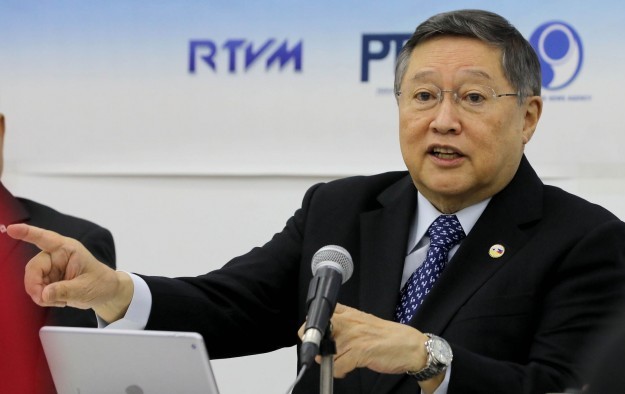 The Philippine government says it will back a proposal that would impose an additional tax on Philippine Offshore Gaming Operators (POGOs). In a Tuesday statement, the Department of Finance said the Finance Secretary Carlos Dominguez (pictured in a file photo) “supports in principle” a plan to impose a 5 percent franchise tax on revenues generated by POGOs and their service providers.

The proposal was filed by lawmaker Joey Salceda with the country’s House of Representatives. The proposal also aims to register POGO licensees as resident corporations as the basis for treating them as taxable entities.

Secretary Dominguez said in a statement to the media: “I haven’t seen the exact proposal, but in general, yes. I think that’s a good idea.” Though he noted the POGOs were “already paying a fee” to the authorities.

In his statement, the official noted that under existing revenue rules in the Philippines, POGOs were already subject to a 5 percent franchise tax.

According to the statement, Mr Salceda’s proposal includes also a gaming tax of US$10,000 a month per table for an online casino with a “live” setup, and a US$5,000-a-month gaming tax for random number generator (RNG)-based games. The lawmaker additionally proposed to impose US$1,000 presumptive corporate income tax per seat for POGOs.

Mr Salceda, who chairs the House Ways and Means Committee, said the panel is studying his proposals.

The Department of Finance earlier this year ordered the Bureau of Internal Revenue (BIR) to crack down on tax-dodging POGO firms. The government has so far shut down the operations of at least two online gaming licensees over unpaid taxes.

The companies have already resumed operations after paying an initial amount in back taxes, confirmed on Tuesday the Finance Secretary. The two POGO licensees have also committed to settle in instalments the remaining taxes owed to the government, added Mr Dominguez.

There are currently 218 POGOs listed with the government, with a total of 108,914 foreign workers, according to official data.

According to the BIR, it has so far collected PHP1.63 billion (US$31.8 million) in withholding taxes from POGOs and their service providers from January to August this year. The online gaming firms paid PHP175 million in taxes in 2017 and PHP579 million in 2018, showed official figures.

The Philippine online gaming industry employs mostly Chinese workers. It is said to be catering mainly to gamblers from mainland China.

The Chinese government has asked the Philippines to ban online gaming, but President Rodrigo Duterte said the country needs the industry. Mr Duterte pointed out the importance of the online gambling industry as a job provider in the Philippines and as a tax revenue generator for the government.

In August, Pagcor said it stopped accepting applications for POGO licences following concerns over the rapid expansion of the industry.

Most of Macau’s casino operators are likely to generate positive free cash flow in the first quarter, given the robust recovery level of mass-market gross gaming revenue (GGR) in January, relative... END_OF_DOCUMENT_TOKEN_TO_BE_REPLACED