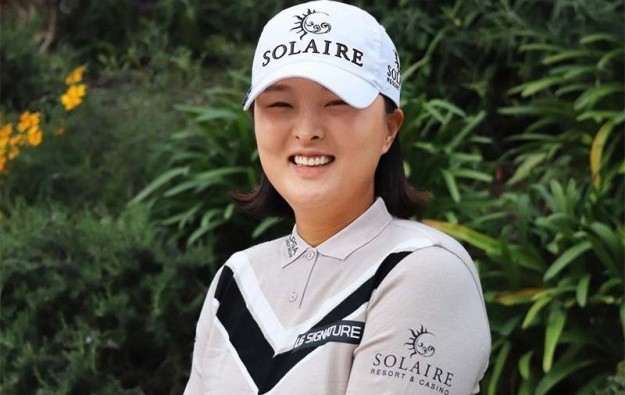 Bloomberry Resorts Corp, the promoter of the Solaire Resort and Casino complex in Manila, has signed a sponsorship agreement with South Korean female golfer Ko Jin Young (pictured), who is ranked number one on the LPGA Tour.

Ms Ko’s agency, SEMA Sports Marketing, announced on Wednesday that the 24-year-old player had signed a two-year deal with the Bloomberry group, including a commitment to carry the Solaire Resort and Casino logo on her headwear, reported the Yonhap news agency.

In 2019, Ms Ko earned four victories and won two out of five major championships, with eight additional top-10 finishes, including three runner-up performances, according to the LPGA. She was named Player of the Year after forging an unassailable lead in the 2019 rankings.

“I am truly grateful for the support from Solaire and I will continue to compete in LPGA tournaments with greater responsibility as its new brand ambassador,” said Ms Ko as quoted in the release. She added she had been “fortunate” in 2019 to mark some of her “biggest milestones” but would continue to seek “new goals and repay Solaire with many victories”.

The release also quoted Enrique Razon, chairman and chief executive of the Bloomberry group, as saying that Ms Ko’s “tenacity and consistency” made her the “ideal partner” to carry the Solaire brand as the group planned to expand its presence “in the global integrated resort” sector.

The world’s number-one women’s golfer is yet to play this season and was expected to make her 2020 debut next week at the LPGA Tour’s Volvik Founders Cup in Phoenix, Arizona, in the United States. The event’s promoter however said on Thursday that the event would be postponed.

The LPGA season has been on hold since mid-February, as the coronavirus outbreak has forced consecutive tournaments to be cancelled or postponed.

The Pragmatic Play brand, a leading content provider to the iGaming industry, says it has signed a deal to launch its complete slot portfolio on the bet365 online wagering platform. As a result,... END_OF_DOCUMENT_TOKEN_TO_BE_REPLACED