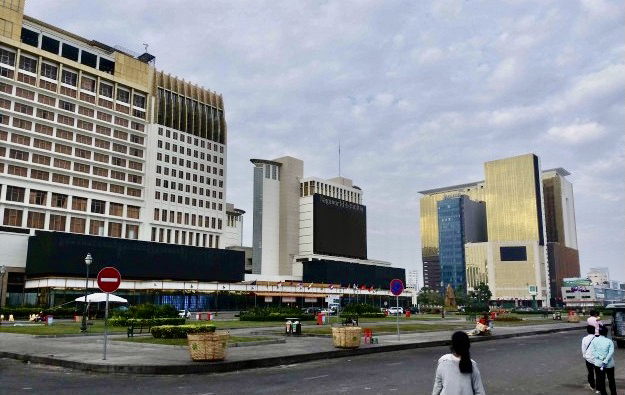 NagaCorp Ltd, operator of the NagaWorld casino complex in Cambodia, said in a Sunday filing that its average daily player buy-ins at mass market tables fell by only 16.4 percent year-on-year in the nine months to September 30, despite its gaming operations being shut for just over six months of that period, as a Covid-19 countermeasure.

It gave the information to the Hong Kong Stock Exchange, via unaudited highlights.

The announcement also confirmed that casino business at its facilities in Phnom Penh restarted on September 15, after having been closed since the beginning of March. The reopening included a string of new countermeasures against Covid-19.

Average daily player buy-ins at mass market tables for calendar year to the end of September were US$2.90 million, versus US$3.47 million daily for the prior-year period.

That was thanks to what the firm termed “quality play by the captive community living in Phnom Penh city.”

NagaCorp said that during the six-month closure period, the “low-end” players were seen to “thin out”, but the premium mass segment “continued to outshine the performance of the rest of business mix”.

Average daily rolling in premium mass was down 21.7 percent year-on-year, at US$6.12 million, compared to US$7.81 million.

That was “due to lack of movement of referral business from overseas,” said NagaCorp.

The company stated that for “crowd and cost control”, it had since reopening “designated certain zones of gaming and non-gaming floors for contact tracing purposes”; a total of 37 identified zones in total. It also said it was accepting only “vaccinated customers” that had received two doses of vaccine.

Everyone entering the NagaWorld facilities was subject to an “on-the-spot rapid antigen test and the validity of the entry pass for those who are tested ‘negative’” would run for seven days.

NagaCorp said that contact tracing would be “strictly enforced” via the Cambodian Ministry of Health’s “approved QR code” system.

“As of 30 September 2021, the Covid-19 vaccination rate for the company’s Phnom Penh employees has reached more than 95 percent,” stated NagaCorp.

NagaCorp had a US$77.2-million loss for the first half this year, compared to a US$20.6-million profit in the prior-year period.