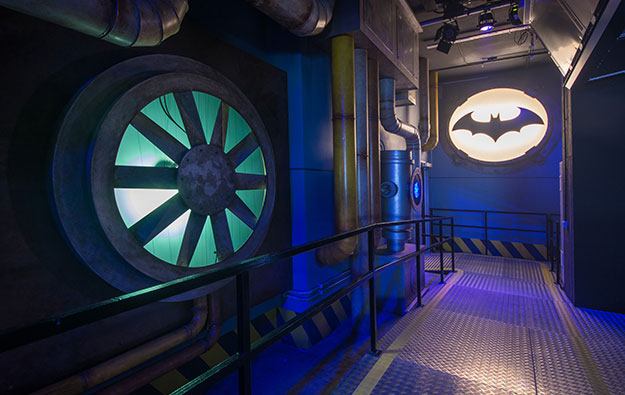 Picsolve International Ltd, a U.K.-based supplier of digital image services to the entertainment and leisure sectors, says it has won a five-year contract with Macau casino resort Studio City.

Picsolve was founded in 1994 as a specialist in theme park ride photography, and now has offices in Hong Kong, Dubai, and Orlando, Florida in the United States.

The firm stated in a Thursday press release that its green screen technology would be used in non-gaming attractions at Studio City, including on the “Batman Dark Flight” attraction (pictured), and would enable guests to have their photo taken while on the virtual ride.

“This technology will also feature at the… figure-eight Ferris wheel, the Golden Reel, allowing customers to capture content set against an epic panoramic view of the city, as seen from 130 metres [427 feet] in the air,” said a press release issued on behalf of the technology firm.

Studio City, a Cotai resort majority-owned by Melco Resorts and Entertainment Ltd, opened in October 2015, with much fanfare regarding its non-gaming facilities. The Macau government is encouraging the city’s six licensed casino operators to increase the amount of non-gaming attractions in their properties.

David Hockley, interim chief executive at Picsolve, said in a prepared statement marking the deal with Studio City: “Our mutually beneficial partnership with this iconic resort marks an important milestone for Picsolve as we expand into new markets”.

David Sisk, property president of Studio City was quoted saying: “The creativity, enthusiasm and understanding of our key target demographic that Picsolve has shown throughout this process made them an ideal digital content creation partner.”

Macau’s health authorities said on Sunday that they would require all people wishing to enter the city’s casinos not only to have their body temperature measured and to display a... END_OF_DOCUMENT_TOKEN_TO_BE_REPLACED