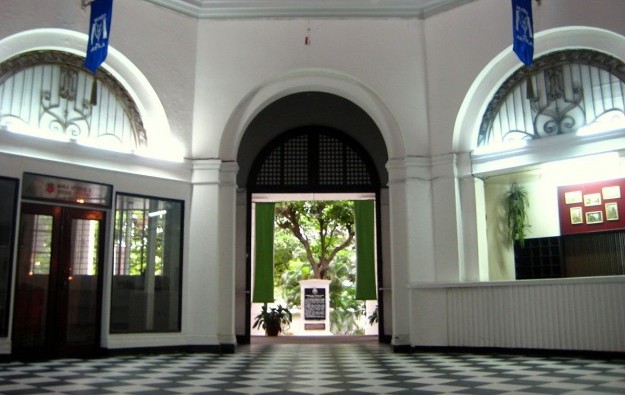 A Philippines lawmaker has criticised a reported plan to demolish Manila’s historic Army Navy Club (pictured) and turn the site into a spa and casino.

“It is yet another instance of big money trumping national historical interest in violation of Republic Act 10066 or the National Heritage Act of 2009,” said Representative Terry Ridon, according to the Philippine Star newspaper.

Mr Ridon, who said the plan had been formulated by a firm called Oceanville Hotel and Spa Corp, has asked the House of Representatives’ committee on Metro Manila development to inquire into the scheme.

The Philippine Amusement and Gaming Corp – the country’s casino regulator – has declined to comment on the reported scheme.

The Army Navy Club, founded in 1898 at the beginning of the U.S. occupation of the country, was the first American social club to be established in the Philippines for the exclusive use of U.S. military personnel and civilians. It was later opened to Filipinos.

Former presidents of the club include U.S. General Douglas MacArthur, Supreme Commander for the Allied Powers in Asia at the end of the Second World War.

Most of Macau’s casino operators are likely to generate positive free cash flow in the first quarter, given the robust recovery level of mass-market gross gaming revenue (GGR) in January, relative... END_OF_DOCUMENT_TOKEN_TO_BE_REPLACED