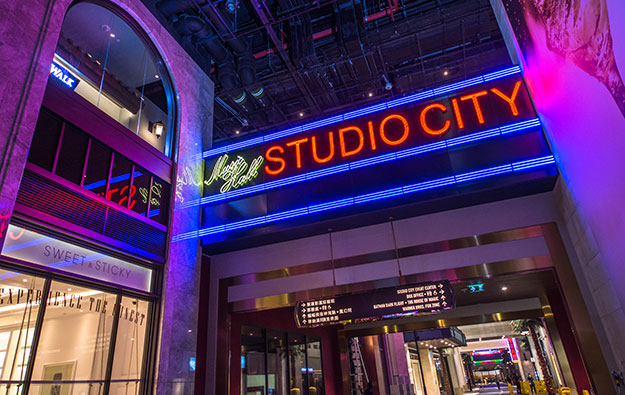 Plans are being developed for the second phase of Studio City, an additional development on the land on which the casino resort is located, a spokesperson from Asian casino developer Melco Crown Entertainment Ltd told GGRAsia.

Lawrence Ho Yau Lung, chairman and chief executive of Melco Crown, told Hong Kong media on November 29 that the firm is working on the plans for the development of the “remaining one-third” of the land plot on which Studio City was built. Melco Crown is the 60-percent owner of Studio City; New Cotai LLC owns the remaining 40 percent of the casino resort project.

Melco Crown said in an emailed reply to GGRAsia: “As Lawrence [Ho] mentioned at the press event [on November 29], we are in discussions with various government units on how the project can align with its [the government's] economic diversification strategy and overall development objectives for Macau in the future.”

“Since we are still in the early stages of planning, no details can be disclosed at the moment,” the firm added.

Studio City Finance Ltd – a company 60-percent owned by Melco Crown – had said in a November 15 Nasdaq filing by Melco Crown that the additional development on the land on which Studio City is located “is expected to include a hotel and related amenities”.

As of Monday, Macau’s Land, Public Works and Transport Bureau – the body responsible for assessing and approving constructions plans – had not yet received any application regarding the second phase development of Studio City, the bureau told GGRAsia.

Investment analysts had previously said that Studio City, opened on October 27, had been slow to ramp up its business after launching. The mass-market-focused Studio City – with a portfolio of non-gaming facilities – opened at a cost of US$3.2 billion and without any VIP gambling rooms; it was given an allocation of 250 new-to-market tables under Macau government’s table cap.

Studio City has only seen VIP gaming facilities starting operations on November 5. At the time Melco Crown confirmed that it would be allocating 33 tables for VIP gaming at the casino resort.

In its third-quarter results, Melco Crown noted that its trading improvement in the period has been bolstered by improved performance at Studio City.

But the firm has also stated in the quarterly results that “the ramp-up of Studio City operations must be significantly accelerated by March 31, 2017,” in order to meet financial condition requirements under the US$1.4 billion Studio City loan agreement.