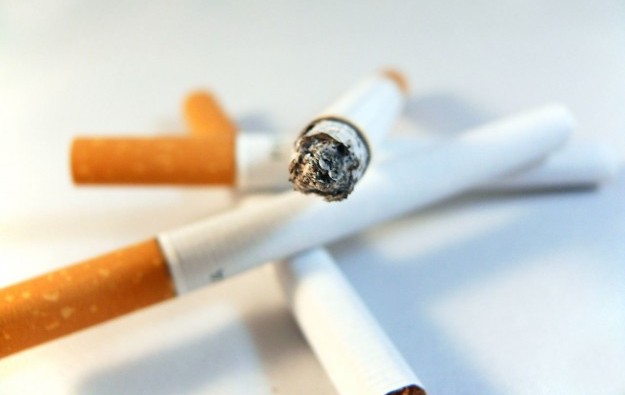 Macau’s Health Bureau says it will “strictly enforce” the city’s existing tobacco control law approved last year and would welcome opinions on ways of improving that statute at a future date.

The statement followed a Monday protest march organised by a local gaming labour activist group and which demanded harsher penalties on alleged violators of smoking control rules in casinos.

According to the labour activist group New Macau Gaming Staff Rights Association, about 300 people participated in the Monday afternoon march, which concluded when a petition – addressed to Macau’s Chief Executive – was handed in at Macau’s Government Headquarters. The city’s Public Security Police estimated approximately 200 people had joined the march.

Ahead of the protest, the labour group’s director Cloee Chao had told GGRAsia that her group had received complaints from workers that some of the city’s casinos had been “lax” in enforcing smoking control rules on gaming floors. An example is the workers having experienced tableside smoking from patrons in non-smoking zones, Ms Chao said.

“This issue is particularly serious in some smaller casinos like the satellite ones,” Ms Chao remarked to GGRAsia.

Her group has called for blacklisting of casino customers that are repeatedly caught smoking in areas where tobacco use is forbidden, and a fine of MOP15,000 (US$1,856) to management of casinos that do not stop their customers from smoking in non-smoking zones.

“The current fine of only MOP1,500 is really too little for the smoker gamblers. That amount is not deterrent at all,” Ms Chao remarked to us, referring to the current penalties in the existing statute.

Macau’s Legislative Assembly approved on July 14, 2017 a revised bill on smoking that bans tableside tobacco use in VIP rooms – the only places in the Macau that were still allowing smoking at the gaming table. Although the new rules came into force on January 1, 2018, tableside smoking at VIP rooms will in effect be permitted until January 1, 2019, as casinos have been given a year’s grace period to set up smoking lounges for VIP players.

But so far only the casino resorts Studio City and Ponte 16 have been granted approval for new-style, higher-standard smoking lounges in the local market, Health Bureau said last week. The bureau also noted that so far only 13 of Macau’s 47 relevant venues – i.e. casinos and slot parlours – had applied for such improved smoking lounges.

In a release issued on Monday evening, the Health Bureau said it valued opinions from the public regarding smoking control enforcement in casinos.

“Regarding the suggestion from a group that proposes blacklisting smoker customers in casinos and imposing a fine of MOP15,000 to the casino management that fail to execute their [smoking control] duties, there are no such related rules [envisaged] in our existing tobacco control law,” the Health Bureau stated in the release.

Casino operator Melco Resorts and Entertainment Ltd announced on Thursday that it would launch at the end of June a new, themed zone for “family-friendly” entertainment at its majority-owned... END_OF_DOCUMENT_TOKEN_TO_BE_REPLACED