Plunge in Macau, up in Singapore: LVS 3Q results 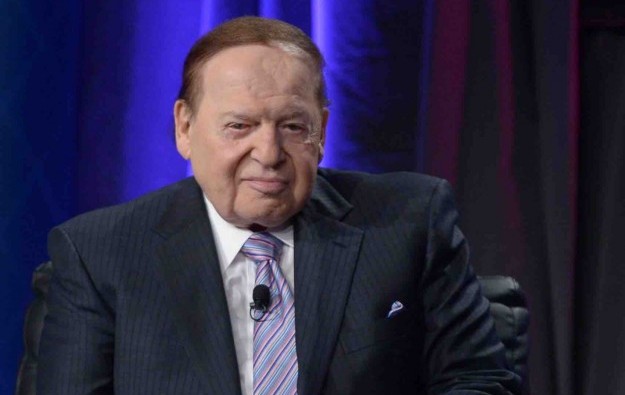 U.S.-based casino operator Las Vegas Sands Corp posted a 47-percent decline year-on-year in net income in its Macau operations for the third quarter. But results for its Marina Bay Sands property in Singapore were up by more than 10 percent in the period, the firm said in a filing on Wednesday.

“Notwithstanding a challenging environment in the VIP and premium mass gaming segments [in Macau]… we remain confident that our market-leading Cotai Strip properties, which will be complemented in the future by the St. Regis tower at Sands Cotai Central opening in December 2015, and by the Parisian Macao, targeted to open in late 2016, will… help attract greater numbers of business and leisure travellers,” company chairman and chief executive Sheldon Adelson (pictured) said in a statement.

Total net revenues for Sands China Ltd – the subsidiary of Las Vegas Sands in Macau – decreased 28.8 percent to US$1.66 billion in the third quarter on a GAAP (generally accepted accounting principles, the U.S. standard) basis. Adjusted property earnings before interest, taxation, depreciation and amortisation (EBITDA) went down 32.8 percent in year-on-year terms to US$545 million. Sands China reported net income of US$343.2 million for the period, down by 46.8 percent from a year earlier.

Venetian Macao casino resort – the company’s flagship property in Macau – generated adjusted property EBITDA of US$256.4 million in the third quarter, with a EBITDA margin of 36.6 percent.

Rolling chip volume – a measure of performance in the VIP gaming segment – at Venetian Macao decreased 32.1 percent year-on-year to US$6.88 billion during the quarter.

Mr Adelson said in a conference call with investment analysts following the results announcement that the company is seeing “signs of stabilisation” in the mass segment in Macau.

He added: “We continue to benefit from the scale of our hotel room inventory, the diversity of our product offering and the attraction of the Venetian Macao as Macau’s ‘must-see’ destination.”

Mr Adelson added he was not too worried about the ongoing decline in casino revenue in Macau. The city has posted 16 consecutive months of year-on-year decreases in GGR and October is likely to follow the trend, several analysts say.

“We sometimes get asked whether our capacity advantage is diminished given the recent market revenue decline. I believe the opposite is the case,” Mr Adelson stated during the conference call.

He noted: “In a market where peak periods, the weekends and holidays matter more than ever before and where mass market customers will generate the lion’s share of the revenue and future profit growth, our capacity advantage will in fact be further amplified.”

Mr Adelson added that the company’s cost-cutting measures in Macau were “well on track” to achieve up to US$240 million of savings in 2015. “I am pleased that since the first quarter [of 2015] we have been able to sustain higher levels of market share, while controlling costs and increasing labour productivity,” he stated.

“Management continues to focus on cost control,” UBS Securities Asia Ltd wrote in a Thursday note. It added that so far in 2015, Sands China had achieved US$170 million of annualised costs savings versus 2014. About 30 percent of those savings came from cost reductions in payroll, with one quarter occurring in gaming operational expenses, analysts Anthony Wong and Angus Chan wrote.

Despite the negative impact of a stronger U.S. dollar, adjusted property EBITDA at Las Vegas Sands’ Marina Bay Sands in Singapore increased 10.8 percent year-on-year to US$389.7 million in the third quarter. The better performance was driven by growth in mass play from visitors to Singapore and “healthy” VIP volume, the company said.

Rolling chip volume at Marina Bay Sands was US$11.44 billion for the three months to September 30, a 25.4 percent increase compared to the US$9.12 billion generated in the prior-year period. Non-rolling chip drop was US$1.07 billion (down 5.8 percent year-on-year), while slot-machine handle increased 9.0 percent year-on-year to US$3.41 billion.

Company-wide – including its operations in the United States – Las Vegas Sands recorded net revenue of US$2.89 billion in the third quarter, a year-on-year decline of 18.1 percent.

Las Vegas Sands also announced that its next recurring quarterly dividend of US$0.65 per common share will be paid on December 31, to company shareholders of record on December 22. That dividend represents an increase of 30.0 percent compared to the dividend paid in the fourth quarter of 2014.

Paradise Co Ltd, an operator of foreigner-only casinos in South Korea, reported casino revenue of nearly KRW48.65 billion (US$39.8 million) for January 2023, according to a Thursday filing to the... END_OF_DOCUMENT_TOKEN_TO_BE_REPLACED