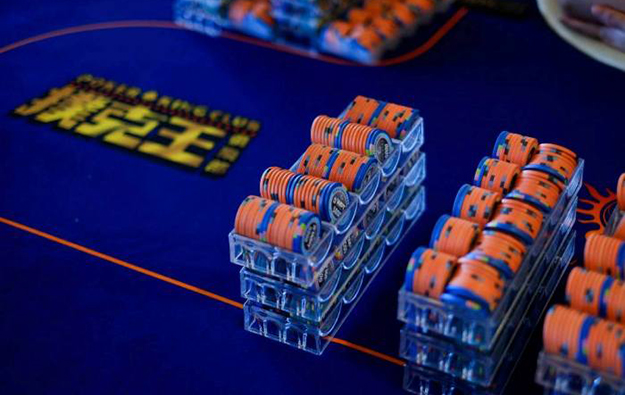 Poker King Club, a unit of Macau VIP junket room investor Suncity Group, announced on Wednesday it will be launching in September a poker series with a guaranteed HKD8-million (US$1-million) prize. The series, dubbed the “Suncity Cup”, will have stops in South Korea, the Philippines and Macau, the organisers said in a press release.

The series, sponsored by Suncity Group, will feature a HKD6,000 buy-in main event.

The Suncity Cup is scheduled to begin in South Korea’s holiday island of Jeju, with several Day 1 events to be held from September 24 to 30. Poker King Club operates a room at the Maison Glad Hotel Jeju.

The second leg of Day 1 events of the series will be held at the Poker King Club Manila – located at the Solaire Resort and Casino Manila – between October 13 and 16. The series then returns to South Korea, but this time to Busan, with a tentative schedule set for November 13 to 18, according to Wednesday’s release.

The Suncity Cup will culminate with a series of Day 1 events plus the finals at the Poker King Club Macau, located at the Venetian Macao, from November 23 to December 2.

“We’re excited to announce the launch of the Suncity Cup, the largest series of events we have ever held at Poker King Club,” said Winfred Yu, chief executive of Poker King Club, in a prepared statement.

“As part of the series, we look forward to attracting existing players and also growing the game in new markets through a series held at several unique locations throughout Asia,” stated Mr Yu.

He added: “With a guaranteed prize of HKD8 million, we look forward to attracting a wide variety of players throughout the series, with several Day 1 options for players who want to get into the finals.”

Poker King Club has been expanding in Asia in recent months. It launched a poker room last month at Star Vegas Resort and Club, a casino venue located in Poipet, Cambodia.

Most of Macau’s casino operators are likely to generate positive free cash flow in the first quarter, given the robust recovery level of mass-market gross gaming revenue (GGR) in January, relative... END_OF_DOCUMENT_TOKEN_TO_BE_REPLACED