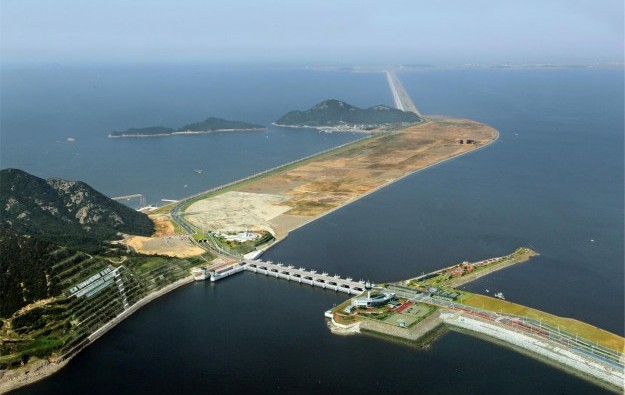 Lawmakers from South Korea’s minority opposition grouping People’s Party are seeking to submit a revising bill that could pave the way for a second casino in the country able to accept South Korean nationals as gambling patrons, reported the Korea Times newspaper.

South Korea currently has 17 casinos, but the country’s nationals are only allowed to gamble at Kangwon Land casino resort in an upland area of Kangwon province – 150 kilometres (93 miles) from Seoul.

“Some lawmakers are working on a revision bill for the creation of an integrated casino resort, like Marina Bay Sands in Singapore, that allows access to Koreans,” said representative Kim Kwan-young of the People’s Party, as quoted by the Korea Times.

The People’s Party won 38 seats in the April election for the country’s National Assembly, controlling nearly 13 percent of the 300-member body.

“Saemangeum currently has the Special Law on Saemangeum Development, but it only allows [a] foreigner-only casino in this area. Thus, in order to open a local casino, the Special Law must be fully revised and pass the National Assembly, which is not an easy task,” said analysts DS Kim and Daisy Lu in a note on Wednesday.

People’s Party’s Mr Kim told the Korea Times that he has the backing of fellow lawmakers from Jeolla, including from a member of the National Assembly’s Land Infrastructure and Transport Committee. That parliamentary committee deals with the Saemangeum Special Law.

The People’s Party representative additionally said that if established, the casino at Saemangeum would be required to set an entry levy ranging from KRW50,000 (US$45) to KRW100,000 per person, and be required to prevent locals from entering the casino for more than 10 days per month.

“We think it may be difficult for a minor opposition party to gain political and public consensus on this sensitive matter, as there will likely be significant push-backs from Kangwon province, as well as many other cities/provinces that have been lobbying to have local casinos (such as Incheon, Jeju, Busan, etc.),” said the JP Morgan team.

“Moreover, the Ministry of Culture, Sports and Tourism, which regulates the casino industry in [South] Korea, has been consistently opposing the idea of opening another local casino,” added Mr Kim and Ms Lu.

Credit ratings agency Fitch Ratings Inc said in a June report that it saw “low political inclination for expanding gaming to locals in South Korea,” despite the interest that it could eventually generate from large international casino operators.

A group of representatives from international casino developer Las Vegas Sands Corp in early June reportedly visited the port city of Busan, South Korea’s second largest city. The Korea Economic Daily stated that Las Vegas Sands was mulling the idea of developing a large-size casino resort in Busan, although the casino operator wanted to ensure local gamblers would be permitted to use the gaming facilities.

“Opening up another local casino in Korea would be disastrous for Kangwon’s monopoly business … but we see the possibility of this happening as very low in the foreseeable future (at least not until 2025, given the expiry [then] of Kangwon’s special law),” said the JP Morgan analysts.

Glenn Burm, a partner at financial services firm PwC Korea, told GGRAsia in an interview in May that he expected the operator of the Kangwon Land casino resort “to do whatever they can to try to stop other players [investors] in the domestic [local player] market”.

Last year, a plan floated by the South Korean Ministry of Oceans and Fisheries – to enable local citizens to gamble aboard cruise ships flying the national flag – faced fierce resistance from vested interests inside the country.

A Philippine lawmaker says public opinion on Philippine Offshore Gaming Operators (POGOs) would be an important factor when he and colleagues draft a Senate committee report on the economic and... END_OF_DOCUMENT_TOKEN_TO_BE_REPLACED