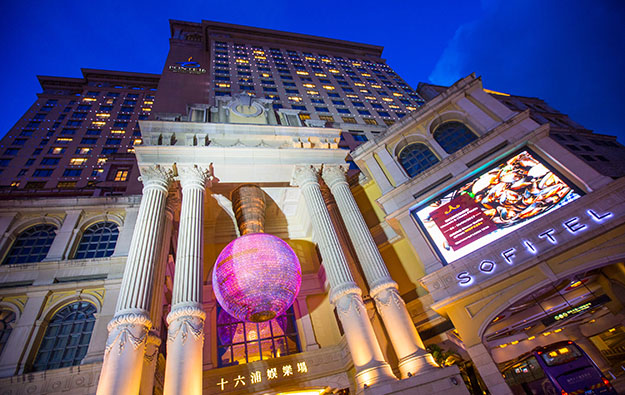 The firm did not recommend any final dividend for 2019, nor had it issued an interim one.

The group’s adjusted earnings before interest, taxation, depreciation and amortisation (EBITDA) for the reporting year increased by 5.8 percent to approximately HKD377.5 million, from HKD356.7 million a year earlier. The average occupancy rate of Ponte 16’s Sofitel Macau hotel was more than 90 percent, the same as in 2018.

The casino at Ponte 16 is run under the licence of SJM Holdings Ltd.

Success Universe said gross gaming revenue (GGR) at the casino in 2019 had outperformed the Macau market as a whole, which saw a 3.4 percent contraction in GGR that year.

As at 31 December 2019, the casino of Ponte 16 had 109 gaming tables, consisting of 98 mass gaming tables, seven high-limit tables and four VIP tables, “maintaining a competitive mix for the current market trend of Macau”.

But Success Universe said in commentary on events outside the reporting period, that global economic conditions were likely to be “clouded” by the trade disputes between the United States and China and geopolitical tension, “as well as the impacts of the ongoing Covid-19 crisis”.

The firm noted: “The pandemic has brought further pressure on worldwide business sectors, in particular of gaming, tourism and entertainment industries, and it is not possible to predict the full extent of the impact at this point of time.”

The imminent return of package tours from mainland China will not only help boost Macau’s tourism businesses, but is also expected to help casinos gain more foot traffic in their mass gaming... END_OF_DOCUMENT_TOKEN_TO_BE_REPLACED