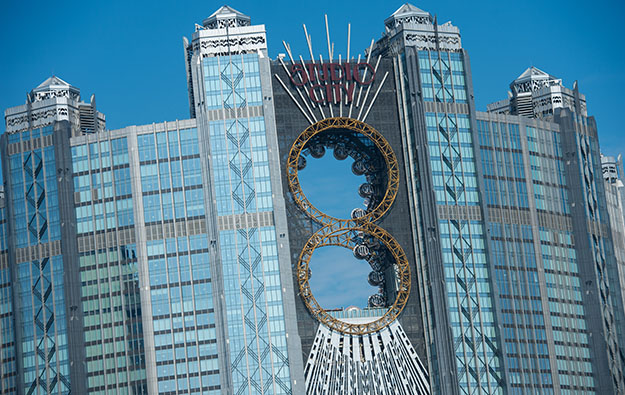 Studio City International Holdings Ltd – the entity that controls the Studio City casino resort in Macau’s Cotai district – says its proposal for an initial public offering (IPO) in the United States is still actively being pursued.

Studio City International Holdings “has been continuing its preparations for the proposed IPO, which is expected to commence as market conditions permit and remains subject to the U.S. Securities and Exchange Commission declaring the registration statement effective,” the firm said in a press release issued on Monday.

The company had first confirmed plans for a potential IPO in August 2017.

The latest release did not made any reference to the dollar amount proposed to be raised through the operation.

Melco Resorts is already listed in the U.S., namely on Nasdaq, in New York.

In a filing to the Hong Kong Stock Exchange also on Monday, Melco International Development Ltd – the controlling shareholder of Melco Resorts – highlighted that Studio City International Holdings’ proposed IPO was “subject to, among other things, the registration statement being declared effective by the U.S. Securities and Exchange Commission, approval of the relevant stock exchange in the United States, the final decisions of the board [of Melco International] and the board of directors of Studio City [International Holdings] and market conditions.”

Melco International added: “Accordingly, there is no assurance that the proposed spin-off will take place or as to when they may take place.”

On a conference call with investment analysts last month, Melco Resorts management said it was currently in the process of developing the detailed design for Phase 2 expansion of Studio City, targeting to begin work in the second half this year.

The company also plans to launch new entertainment offerings at phase 1 of Studio City, including a new show in December, produced in collaboration with London-based entertainment architects Stufish, a company specialising in stadium concert stage designs and which created the concepts for the opening and closing ceremonies of the 2008 Beijing Olympics.

Studio City generated adjusted earnings before interest, taxation, depreciation and amortisation (EBITDA) of US$73.2 million for the three months to June 30, versus US$80.7 million a year earlier.

The Studio City scheme has had a chequered history, with the project being mothballed for several years after an original set of investors failed to agree on funding in the aftermath of the global financial crisis that began in 2007.

In 2011, Melco Resorts paid US$360 million to take a 60-percent interest in the project, joining forces with a bloc of existing Studio City investors in the form of New Cotai.

The Kien Gang provincial government in Vietnam is to ask the country’s Ministry of Finance to extend by three years the pilot scheme utilised by Corona Resort and Casino (pictured) on the island of... END_OF_DOCUMENT_TOKEN_TO_BE_REPLACED