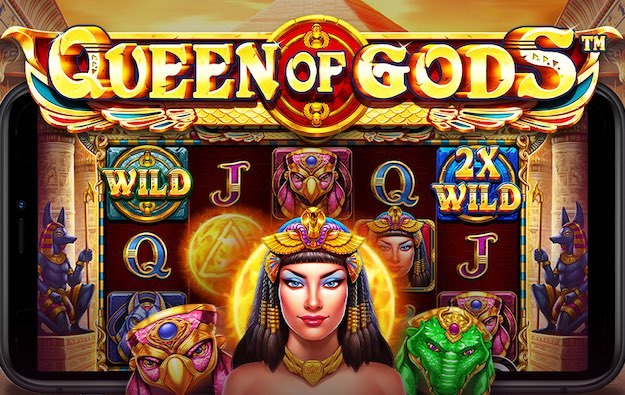 Pragmatic Play Ltd, an iGaming content provider, has launched “Queen of Gods”, its latest online slot offer. The new title is now part of a “collection of over 200 titles” in Pragmatic Play’s game portfolio, said the company in a Thursday press release.

Set across 5×3 reels, the “deities of ancient Egypt” make up the high-paying symbols within the slot game, with the queen being the highest paying symbol in-game.

“Landing at least three scatter symbols in the base game awards the free spins round,” said the firm. “Four choices of varying spins and different wild multipliers are presented which will appear throughout,” it added.

The release quoted Yossi Barzely, the firm’s chief business development officer, as saying: “Building upon the incredibly popular theme of Ancient Egypt and creating an innovative bonus round where only high paying symbols are in play will be a draw for both new and existing Pragmatic Play enthusiasts alike.”

Mr Barzely added that by providing players with a “level of autonomy” in the free spins, “not only increases direct engagement but allows them to change the game to better reflect their gambling preference.”

Pragmatic Play now produces “up to six new slot titles” a month, as well as offering its Live Casino and Bingo games portfolio. They are all available through a single application programming interface, the firm mentioned in its release.

Casino equipment supplier Sega Sammy Creation Inc said in a Friday release it was debuting its Genesis Crest 43J cabinet in Asia. The product will be available at an in-person trade show, G2E Asia:... END_OF_DOCUMENT_TOKEN_TO_BE_REPLACED