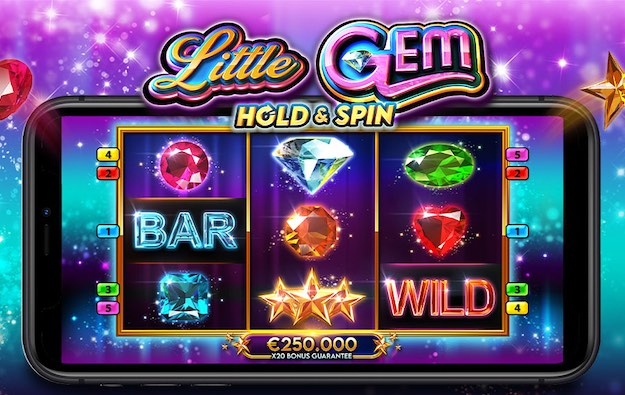 The new title “follows in the footsteps of recent hits … which reside amongst a collection of over 200 titles” in Pragmatic Play’s game portfolio, stated the company.

In the base game, the ‘wild’ substitutes for everything except for silver and gold money symbols,and pays out 50 times the stake when three land in a row. Another feature of Little Gem (pictured) is the “hold and respin” bonus round, which when triggered provides respins and the opportunity to earn 2,460 times the bet, according to the release.

The document quoted Yossi Barzely, the firm’s chief business development officer, as saying: “Little Gem provides players with a blend of simple gameplay and rewarding multipliers that effortlessly complement each other.”

He added: “The visually striking theme delivers an engaging environment as users try and reach the bonus feature, and we expect to see players return to the dazzling experience time and time again.”

Pragmatic Play now produces “up to six new slot titles” a month, as well as offering its Live Casino and Bingo games portfolio. They are all available through a single application programming interface, the firm mentioned in its release.

Hong Kong-listed Wynn Macau Ltd says it will inject nearly MOP4.80 billion (US$596.4 million) into Wynn Resorts (Macau) SA. That is in order to comply with Macau’s revised gaming law and the... END_OF_DOCUMENT_TOKEN_TO_BE_REPLACED