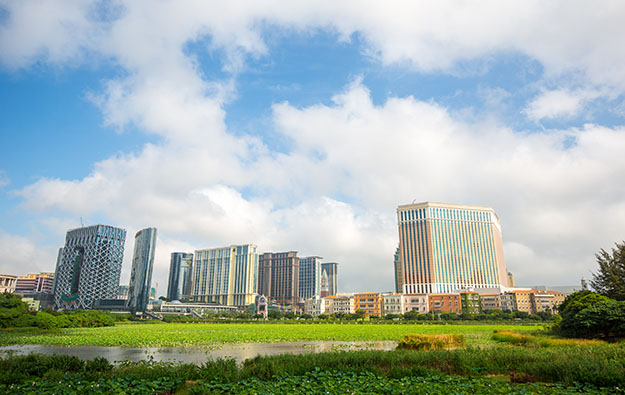 Fitch Ratings Inc says it expects the eventual refreshment of Macau’s existing gaming concessions to be a “pragmatic process” against the background of a rebound in gambling revenue for that market.

“[The] upcoming concession renewals will be a pragmatic process as the [Macau] government values stability in the marketplace,” suggested Fitch analysts Alex Bumazhny and Colin Mansfield in a Thursday press release.

The head of Macau’s casino regulator said last month that the city’s government plans to disclose details on the eventual refreshment of the gaming concessions later this year.

“We are doing a lot of preparatory work,” said Paulo Martins Chan, director of Macau’s Gaming Inspection and Coordination Bureau. “But it is not yet the time to make an announcement.”

Mr Chan’s comments were made on May 16 on the sidelines of Global Gaming Expo (G2E) Asia 2018.

Fitch said in its latest market update that the Macau casino industry remained on a solid footing. It forecasts “14-percent growth in Macau gross gaming revenues for 2018, which reflects the continued health of VIP and premium mass segments, albeit with some deceleration from 2017.”

The ratings agency added: “Fitch’s positive view on Macau is supported by an expanding middle class in China and infrastructure development in and around Macau.”

Fitch said additionally that MGM Resorts has “headroom for funding of another large-scale project or a moderate operating downturn at the current ‘BB’ rating level given MGM’s liquidity profile and moderate leverage.”  The ratings house’s base case forecast however does not include any additional developments in new jurisdictions like Japan.

Japan’s nascent casino industry is moving nearer to realisation with the possible passage this year of the Integrated Resorts (IR) Implementation Bill. MGM Resorts has declared itself a contender for a Japanese casino licence.

China has moved one step closer towards reopening, by relaxing some its Covid-19 control measures, with most infected people now able to quarantine at home rather than in state-sanctioned... END_OF_DOCUMENT_TOKEN_TO_BE_REPLACED