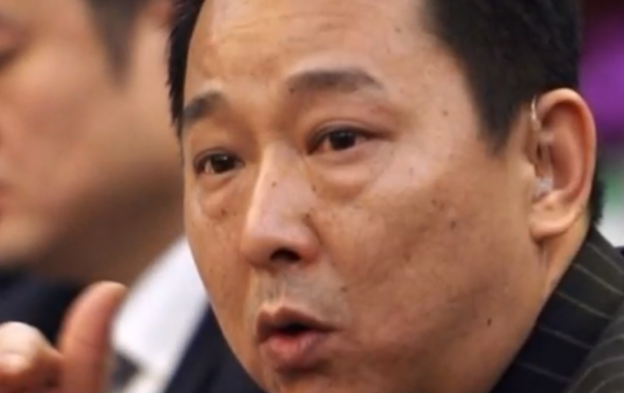 Liu Han (pictured) – a Chinese tycoon linked in mainland newspaper reports to allegations of money laundering via Macau casinos – has been sentenced to death says Xinhua, an official news agency.

A Hubei court has found Liu Han and his brother Liu Wei guilty of “organising and leading mafia-style crime and murder”, adds the agency.

In February this year Xinhua reported – quoting Xianning People’s Procuratorate in Hubei Province –  that Mr Liu and “criminal associates” had made more than HK$230 million (US$29.6 million) taking mainland citizens to gamble in Macau.

While it’s not thought that Mr Liu is a central figure in the Chinese authorities’ reported recent clampdown on the Macau junket industry, he is the highest-profile person linked to VIP play to face the death penalty in recent years.

In a 2008 study by Macao Polytechnic Institute of 99 high-rolling mainlanders who made the Chinese newspapers for excessive gambling, seven died “extra-judicially,” meaning they committed suicide or were murdered. Another 15 were sentenced to death, usually for embezzlement from state companies.

Mr Liu – chairman of Sichuan Hanlong (Group) Co Ltd – and his ex-wife were first detained in March 2013 when disembarking from a flight to Chengdu in Sichuan province. They had been attending the National People’s Congress in Beijing, three Chinese newspapers reported at the time.

Prior to his arrest, Mr Liu’s firm Hanlong had been in talks over a proposed A$1.14 billion (US$1.05 billion) takeover of Australian iron ore mining company Sundance Resources Ltd.

Mr Liu is believed to have links to China’s former security chief Zhou Yongkang. Mr Zhou, a member of the Politburo Standing Committee until November 2012, is the highest ranking member of the Chinese Communist Party in recent decades to be detained by mainland authorities.

The Earth Tower, the second tower of the Sheraton Grand Macao hotel at the Londoner Macao casino resort on Cotai, is to be used to isolate people already confirmed with Covid-19 infection, the Macau... END_OF_DOCUMENT_TOKEN_TO_BE_REPLACED