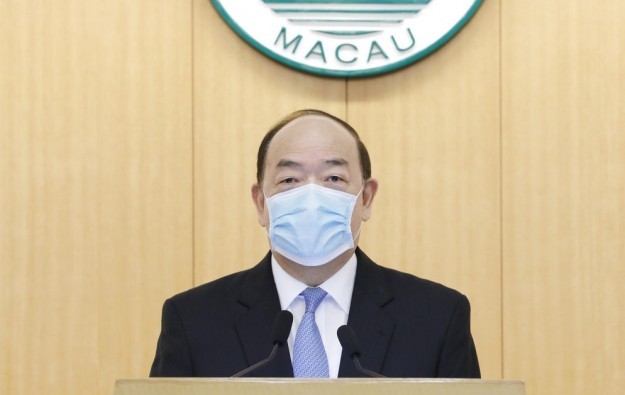 Macau’s Chief Executive, Ho Iat Seng (pictured), said on Monday that the city’s government is planning to launch in the second half of this year a public consultation over the review of Macau’s gaming law. Once the gaming framework law is revised, a fresh public tender process will be launched for Macau gaming rights, which are currently held by six casino operators.

The current licences are due to expire in 2022, but Mr Ho didn’t specify whether a new tender process would be in that expiry year.

The Chief Executive’s remarks were made during a press conference following the reading earlier in the day – in the city’s Legislative Assembly – of the local government’s policy address for 2020.

Mr Ho said the government did not list the amendment of the city’s gaming law in the legislative reform planned for 2020, as such work required “two phases”. The first, which he said had been completed, was a thorough analysis of the mid-term review report, first announced in 2016.

A second phase, “hopefully to be launched in the second half of this year”, would be to gather public opinions, before actually revising the current legislation, said Mr Ho. “These are the procedures we have to follow,” stated the Chief Executive, saying that such works had been delayed because of the coronavirus pandemic.

He said additionally that opinions collected during the public consultation phase would be used as a reference for revising the existing gaming law, as well as for the future public tender of the gaming licences.

Asked if the government was considering expanding the number of gaming operators in the market, Mr Ho was non-committal. “It will depend on the opinions collected via the public consultation process,” he said.

Any entity “will be able to participate in the public tender” for the refreshment of the city’s gaming licences, said Mr Ho. “There won’t be an automatic extension” of the existing licences, he added.

In Monday’s briefing, Mr Ho said also that the Macau government currently has no plans to consider giving the local casino industry some tax breaks amid uncertainties over the Covid-19 pandemic. “We don’t have a plan to reduce tax” on the city’s gaming industry, he stated.

It is likely that Macau will shortly have a third round of citywide centre-based Covid-19 testing in little more than a week, after the results so far of a second mass test – that was due to finish... END_OF_DOCUMENT_TOKEN_TO_BE_REPLACED