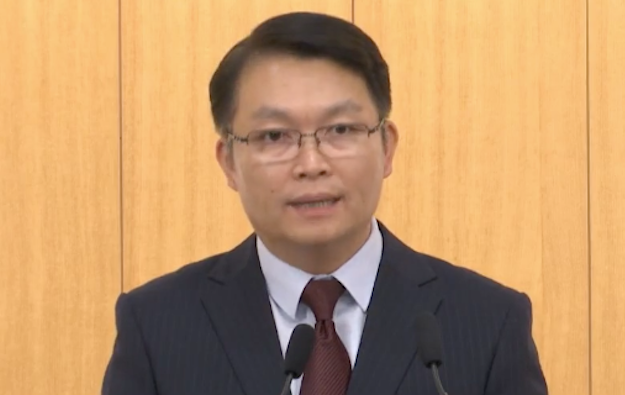 Lei Wai Nong (pictured), Macau’s new Secretary for Economy and Finance – the official in charge of the city’s casino industry – said on Monday that “serving the public interest” would be the “priority” for the government regarding the anticipated retender process for Macau gaming rights.

“Many interests are involved in the gaming sector,” Mr Lei told a press conference. “I would like to emphasise that serving the public interest, the people’s interest, is the [government’s] priority” in terms of gaming policy.

He added he would carefully assess the development of the city’s casino industry since market liberalisation in 2002, ahead of the retender process.

“We have to fully assess the existing gaming concession contracts, in place for almost 20 years,” Mr Lei stated. “Based on such assessment, we will eventually introduce some changes [and] solve some shortcomings” as part of the retender process, he added.

Most of the remarks made by Mr Lei during Monday’s press conference however were not related with Macau’s gaming sector. His comments focused on the need to provide support to the city’s small- and medium-sized enterprises.

Mr Lei was confirmed as secretary on Sunday, to succeed Lionel Leong Vai Tac. He will be part of the lineup of top government officials under Macau’s Chief Executive-designate, Ho Iat Seng. The new government will be sworn in on December 20.

Mr Ho will take over from Chui Sai On, who has been the city’s leader since 2009.

Mr Ho also attended Monday’s press conference. He also did not comment in detail on the future policy direction for the city’s gaming industry.

Mr Ho said the government was currently working on amending Macau’s gaming law framework, also known as Law 16/2001. He added that the draft amendment would still have to be submitted to the city’s Legislative Assembly for vote.

“We can only present new requirements related to the casino concession tender after the bill is approved,” said Mr Ho.

Mr Lei will be the first Secretary for Economy and Finance since Macau’s handover from Portuguese administration in 1999 not to have relevant private-sector business experience, based on the biography provided by the authorities. That biography indicates his career has been in public service.

Only two of Macau’s 18 satellite casinos – the Rio Casino and the President Casino – have closed amid changes to the city’s regulatory system for such properties, and against... END_OF_DOCUMENT_TOKEN_TO_BE_REPLACED