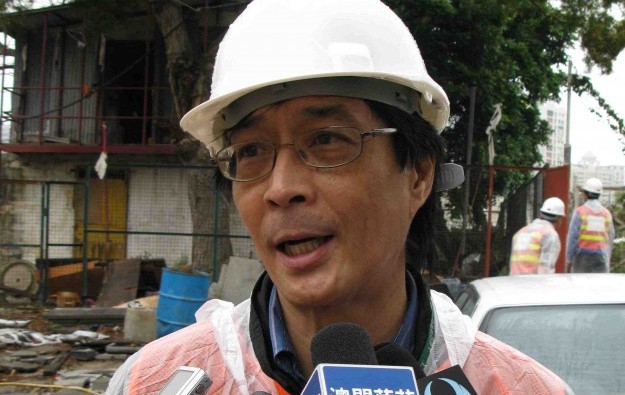 Macau’s Land, Public Works and Transport Bureau director Jaime Carion (pictured) will retire on November 1, the bureau said in a statement on Tuesday. Deputy director Chan Pou Ha will step in as acting director, it added.

Mr Carion has been in public service for more than 36 years and has led the bureau for over a decade. He was directly involved in most of the land grants to the city’s casino operators, that are currently all developing new mega-resorts in Cotai, the city’s answer to the Las Vegas Strip.

Casino operators are investing billions of U.S. dollars into the new projects, scheduled to open between 2015 and 2017. But there have been concerns about potential delays. They relate to how quickly permits required from Mr Carion’s department for different stages of construction work can be obtained by casino developers.

In Tuesday’s statement, the city’s Secretary for Transport and Public Works Lau Si Io said the bureau’s operation, plans and projects would not be affected by the change of leadership. Mr Lau also gave assurances that the bureau had mechanisms in place to guarantee that the current projects would not face delays.

That view was echoed by Tommy Lau Veng Seng, president of the Macao Association of Building Contractors and Developers. Tommy Lau is also a member of the city’s Legislative Assembly.

“Mr Carion has been in the position for many years and he knows all the procedures very well. However, I don’t think his retirement will affect the normal operation of the bureau,” legislator Mr Lau told GGRAsia on Wednesday.

“The person replacing him should be competent and know the licensing procedures and approval system as well. We will have to wait and see how the work will be performed after this change,” he added.

Most Cotai projects remain on schedule according to casino company filings. But MGM China Holdings Ltd said in its first half results in August that the opening of the US$2.9 billion MGM Cotai would likely be “in 2016” rather than “early 2016” as stated previously.

The firm subsequently said that wasn’t due to delays in permit issuance but to an unprecedented workload faced by the bureau with so many schemes working toward similar completion dates. Several investment analysts at the time suggested MGM Cotai’s opening was more likely to be “mid-2016″.

“For MGM Cotai we already have shifted the opening assumption in our model from early 2016 to late 2016,” Ms Tang said. “Currently, two other properties (Sands’ Parisian Macao and Wynn Palace) have similar late 2015/early 2016 opening timelines. As such, we think that there are risks of some delays for these two projects as well due to permit backlog,” she added.

Construction of the US$2.7 billion Parisian Macao resumed in late September, but Sands China Ltd has only been granted the permits for foundation works and construction of the podium area, according to the government.

The amount of construction currently under way in Macau could cause some timing issues regarding permits, but not delay the Cotai projects, said Carlos Siu Lam, associate professor at the Gaming Teaching and Research Centre at Macao Polytechnic Institute.

“I don’t think it’s going to cause much delay to the Cotai casino projects, as the approval of such projects requires different teams of government officials to work on [them],” Mr Siu told GGRAsia.

“Although Jaime Carion is a very capable and experienced director, I think he has already had much communication with his superior and colleagues,” he added, indicating a proper succession plan was in place. “I believe that the Macau government has already made suitable arrangements.”