Putin signs off on gambling zones in Sochi, Crimea 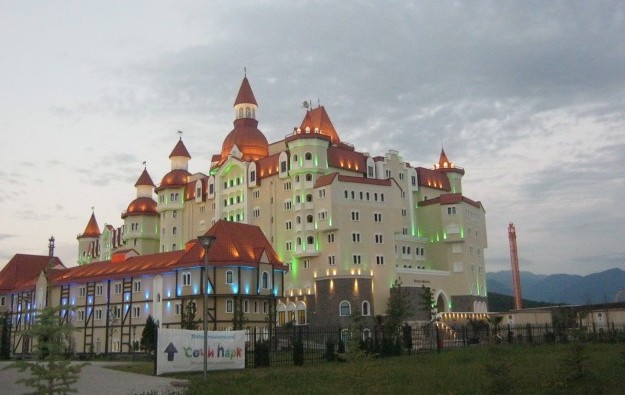 Russian President Vladimir Putin signed a law on Wednesday allowing the establishment of gambling zones in Sochi and Crimea, in a bid to boost their development with casino revenues.

The country’s State Duma had passed the law on July 4, which was approved by the upper house on July 9. It was published Wednesday on the government’s legislation portal.

Casinos will be legal in some areas of the former Olympic park in Sochi (pictured), facilities whose construction was paid for by private investors, states the law.

Sochi spent about US$50 billion in infrastructure for the February Winter Olympics and investors were worried about recouping the investment. Mr Putin had previously criticised the idea of gambling zones in Sochi.

“The infrastructure built in Sochi due to the recent Winter Olympics held there is significant and would support tourism growth,” Jonathan Galaviz, partner at Global Market Advisors LLC, told GGRAsia last month.

“Crimea has significant political instability, but Sochi provides a solid platform of tourism potential,” he added.

In Crimea, which Moscow annexed in March after a separatist uprising against Ukraine, local authorities are allowed to designate their own casino zones.

A final decision has not yet been made but acting Crimean head Sergey Aksyonov has said the gambling zone will most likely be located in Yalta, a Crimean resort city, according to media reports.

The city will host a gaming congress on August 22 – the Crimea Gaming Congress – organised by Smile Expo. The minister of Resorts and Tourism of Crimea, Elena Anatolevna Yurchenko, is expected to attend the event next month, the organiser said.

Experts quoted by several media outlets say the Crimean gambling zone may yield up to US$750 million for the regional budget annually.

On July 1, 2009, when Mr Putin was Russia’s prime minister, the federal government ordered the closure of all the country’s casinos at a single stroke. The authorities said the move was aimed at pushing organised crime out of commercial gambling. Casino industry sources at the time told Reuters the act put as many as 300,000 people in the trade and allied businesses out of work.