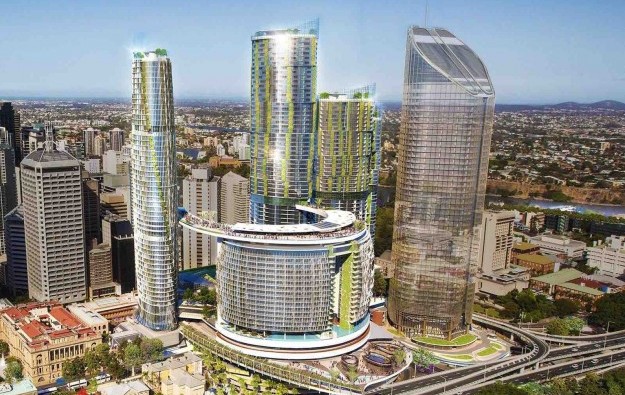 The Queensland government in Australia has approved the development plan for the Queen’s Wharf Brisbane precinct, said Australian casino operator Star Entertainment Group Ltd. The project includes hotels, a casino and a residential complex, according to its developers.

The application was submitted earlier this year by Destination Brisbane Consortium, a joint venture entity in which Star Entertainment has a 50 percent interest.

“The Star, along with its consortium partners Chow Tai Fook Enterprises and Far East Consortium, will review the development approval terms and progress the next steps for the project in accordance with the development agreements with the State of Queensland,” the Star Entertainment said in a filing to the Australian Securities Exchange.

It added that further project updates will be released alongside the company’s first half financial results for the 2018 fiscal year.

The Queensland government had granted a casino licence for Queen’s Wharf Brisbane in October 2016, which allows casino operations “to commence upon completion” of the project.

The casino licence should be for a term of 99 years under an agreement announced in November 2015. It should also contain an exclusivity clause that prohibits the setting up of any other casinos within 60 kilometres (37.3 miles) of Brisbane’s central business district for a 25-year period from the start of gaming operations at the new casino resort.

In August, Star Entertainment reported a 36 percent year-on-year increase in net profit after tax for the financial year ended June 30. The company said in a filing that a higher-than-normal win rate made up for a fall in turnover from high rollers coming from “North Asia”.

The decision by the Macau government to grant fresh 10-year licences to each of the city’s six incumbent casino operators has been welcome by top management at those firms. Each of the concessions... END_OF_DOCUMENT_TOKEN_TO_BE_REPLACED