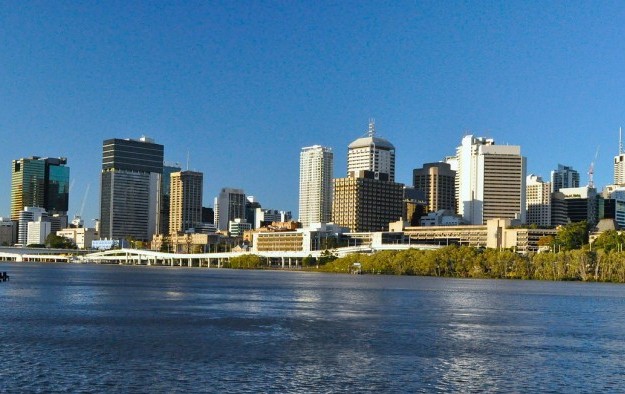 The total targeted project cost for the Queen’s Wharf Brisbane casino resort scheme in Brisbane, Queensland (pictured), in Australia, will be a third more than a previous estimate, confirmed the scheme’s promoter, The Star Entertainment Group Ltd.

The information was provided in an investor day update from Matt Bekier, the firm’s managing director and chief executive, delivered on Monday. It also said the property would have a rolling opening, starting in the second half of 2022.

The latest project costs are put at AUD2.4 billion (US$1.8 billion) compared to a previous estimate of AUD1.8 billion. The Star Entertainment’s share would be 50 percent, confirmed the document.

The document said that as of December 2017, AUD302 million had been incurred in costs, including government payments of AUD159 million.

The group reiterated in its update that it had been given the go-ahead in February to start construction.

Revised plans are said to include an up to 25 percent increase in gross floor area for the gaming resort; an enlarged podium area, offering more space for gaming, food and drink outlets and shops; an expanded  “Sky Deck”; and “hotel enhancements” including more rooms, “improved suite mix” and “back of house efficiencies”.

The capital investment in the new Brisbane venture – alongside consortium partners Chow Tai Fook Enterprises Ltd, a privately-held business from Hong Kong, and Hong Kong-listed Far East Consortium International Ltd, which both also have equity stakes in The Star Entertainment – is being made in the expectation of a continued boom in tourism from China and elsewhere in Asia to Australia in general, and Queensland in particular.

That is notwithstanding the dramatic tail off seen in Chinese VIP gambling business in Australian casinos following the October 2016 detention in mainland China of some staff from market rival Crown Resorts Ltd, for alleged “gambling crimes”, and which later led to several receiving jail sentences in China.

The 89-page update from The Star Entertainment mentioned that the growth of its own gambling business among Asians – the group’s current flagship is The Star in Sydney, New South Wales – had reflected its “diversification strategy” toward South Asian customers and cash-based “premium mass” gamblers rather than rolling chip VIP players from what it euphemistically referred to as the “North Asia market” which it said had seen “market disruption in late calendar year 2016″.

The update described Queensland as the third-largest international overnight visitor market in Australia, with 24 percent of its arrivals coming from mainland China, Hong Kong and Taiwan.

It said – citing data from the Australian federal government and other official sources – that Brisbane had “long-term” growth in overnight international visitors of 6.2 percent, “similar to Melbourne, higher than Sydney or Perth”.

The company also quoted figures – based on its own company reports and those of its Australian market rival Crown Resorts Ltd – of “illustrative” earnings before interest, taxation, depreciation and amortisation (EBITDA) ranging from AUD320 million to more than AUD1.0 billion, for “large Australian integrated resorts by financial year 2025”.

The update said there was specifically a “significant EBITDA opportunity for Queen’s Wharf Brisbane,” in the years to 2025.

According to a timetable mentioned in the document, the venue would have a “progressive opening” starting in the second half of calendar year 2022.

It described Brisbane an “under-penetrated gaming market” with slot and table spend up to 50 percent below Australian peers.

The group added that favourable licensing conditions supported “investment and returns”, noting the scheme would be allowed 2,500 slot machines, and “unlimited tables and multi-terminal gaming machines”. The venue had also been granted a 99-year licence with 25-year exclusivity, stated the update.

In Monday’s update, The Star Entertainment said its total normalised gross revenue was up 16.4 percent in the year to date compared to the prior-year period, “with pleasing growth in Queensland and international VIP rebate business”.