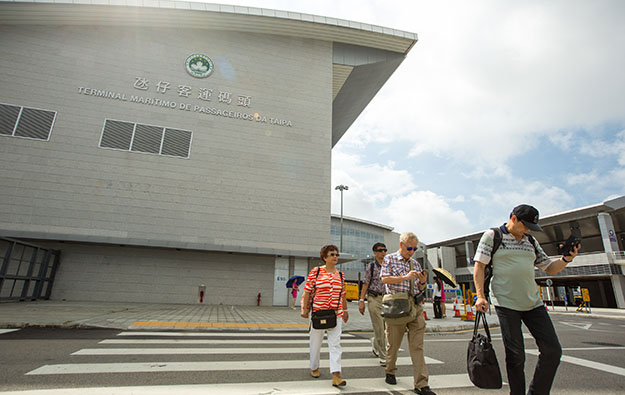 Macau’s tourism authority says it has implemented most of the 69 specific short-term steps it had identified in a 2017 master plan, in order to help the city’s visitor market to diversify its tourism products and to engage with a number of local and national policy initiatives for economic and social development.

Such short-term improvements included, according to the master plan: supporting development of “water sightseeing programmes”; upgrade and expansion of the city’s Grand Prix Museum on Macau peninsula – a facility currently under renovation – and steps to “revitalise” Macau’s Wine Museum, which is based next door. Other such moves were to have the public sector host Macau’s “unique cultural performances and festivals”, and to diversify the city’s “accommodation options”.

“Among the 69 short-term (0-5 years) action plans, 67 of them have unfolded with relevant tasks under follow-up, while 56 of them have been accomplished to reach the targeted goals,” stated the Macao Government Tourism Office in a Tuesday release. It added that in terms of that specific effort, “implementation reached 81 percent”.

The city’s tourism bureau – also known as MGTO – markets only non-gaming tourism. Promotion of casino services is in any case illegal within the jurisdiction of mainland China – from where Macau currently draws most of its visitors. Under Macau’s own legal system, direct promotion of gaming is not permitted.

The city’s tourism authority is instead focused on promoting Macau’s singular East-meets-West heritage, and assisting in the national government’s policy aim of diversifying Macau’s economy beyond high-stakes gambling. That includes ensuring there are plenty of alternative reasons for visitors to come to the city.

The Macao Tourism Industry Development Master Plan had been published in September 2017 by the tourism bureau. At the time, MGTO predicted that the annual aggregate non-gaming spending by visitors to Macau would rise to between US$12 billion and US$14 billion in 2025.

It had identified “eight key objectives, 33 strategies, 29 planning proposals and 91 short-, medium- and long-term action plans” to align with the city government’s aim to make Macau a “world centre of tourism and leisure”.

The eight “key objectives” named by the master plan included: diversifying “tourism products and experiences”; improving service quality and skills of the workforce; rebranding Macau as a “multi-day destination” and expanding access to high-value source markets for tourists.

Overnight visitors to Macau spent around four times as much in aggregate on non-gaming items during the third quarter this year than did same-day tourists, the city’s statistics bureau had said in data released on November 19.

In October the head of the tourism bureau said the body expected “close to” 40 million visitor arrivals for the whole of 2019. That would be a circa 11.7-percent increase on the 35.8 million visitors in 2018.

Sanford C. Bernstein Ltd, a brokerage that covers the stocks of Macau casino operators, mentioned in a Monday note that Macau’s tourism growth was being “supercharged” by same-day visitors, “partly driven” by the Hong Kong-Zhuhai-Macau Bridge, across the Pearl River Delta, and which links Guangdong province, Macau and Hong Kong and its international airport by a direct road. The bridge opened in October 2018.

The other primary objectives of the tourism master plan were: to make use of “innovative technology”; to enhance tourism industry cooperation, including joint effort by the public and private sectors, as well as development of the local legal framework related to tourism; and to “enhance Macau’s position as a core tourism city in the regional and international tourism community”.

Only two of Macau’s 18 satellite casinos – the Rio Casino and the President Casino – have closed amid changes to the city’s regulatory system for such properties, and against... END_OF_DOCUMENT_TOKEN_TO_BE_REPLACED