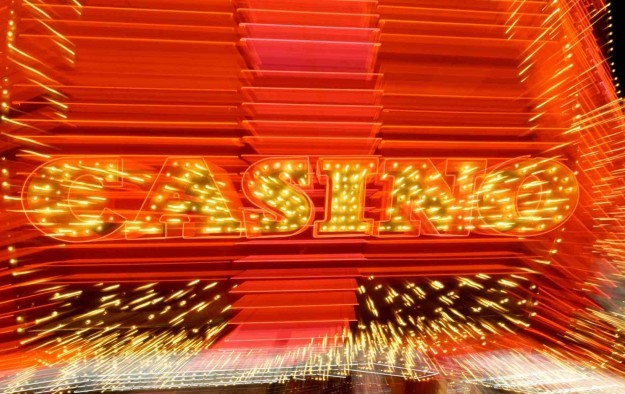 Tie-ups between Macau junkets and casinos outside Macau carry the risk that such VIP gambling business might migrate back to Macau if the Chinese central government intensifies its scrutiny of cross-border money flows, says a report from brokerage Sanford C. Bernstein Ltd issued on Tuesday.

There has been a steady stream of announcements in recent months – either by junket operators that have been previously focused on Macau or by casino operators outside Macau – of deals to bring in Chinese players to those regional venues.

“It is our understanding that these junkets may be employing Macau’s banking system to facilitate money transfers to/from these foreign jurisdictions,” said the Sanford Bernstein note from analysts Vitaly Umansky, Simon Zhang and Bo Wen.

“Such activities may likely now be under greater scrutiny resulting in more risk associated with shifting VIP business from Macau to foreign jurisdictions. Should [Chinese] government pressure be exerted on these types of transfers, some VIP business may migrate back to Macau,” added the brokerage.

The institution cited reports by Bloomberg News as evidence of a continuing Chinese crackdown on cross border money flows. A November 1 report had said that China’s capital outflows were thought to have climbed to a record US$194 billion in September, while a following report noted that capital outflows from the mainland had cooled to US$62 billion in October. The later report said the latter figure took account of a Bloomberg gauge that records decisions by exporters and direct investment recipients to hold funds in U.S. dollars.

That Bloomberg report also quoted the People’s Daily newspaper in China saying the authorities there had – after a year-long investigation – broken up what was described as the nation’s biggest “underground bank,” which had handled the equivalent of US$64 billion in “illegal foreign-exchange transactions”.

“The campaign is part of the [Chinese] government’s efforts to curb capital outflow pressure that intensified following the significant declines in the Chinese stock bourses over the summer and minor RMB [Chinese currency] devaluation in early August, coupled with concern over continued risk of further devaluation,” stated Sanford Bernstein in its Tuesday note.

The brokerage added: “Last Friday (November 20), China’s official People’s Daily newspaper reported that the Ministry of Public Security’s operation which had started in April 2015 to crack down on certain underground banking operations had uncovered 170 cases of illegal money-laundering activities, involving over US$130 billion (or RMB800 billion). We had warned in late August… that the crackdown campaign on underground banking may create headwinds for VIP [gambling].”

Sanford Bernstein also noted that ‘Operation Skynet’ – a Chinese government campaign focused on finding and returning to China allegedly corrupt individuals and their allegedly ill-gotten funds – is scheduled to run until the end of 2015.

The brokerage said that while the risk to the Macau casino market of China’s anti-graft crackdown was now well recognised by investors in the sector, the potential risk to the junket network that serves Chinese VIP gamblers across the world was not so well understood.

“The campaign against capital outflow has also to some extent dampened junket liquidity, as junkets generally rely on the underground banking system to sidestep China’s capital control rules and to transfer large sum money across the border,” said Sanford Bernstein.

“Longer-term, we believe the consolidation in junket industry would actually be helpful as it would create more liquid and professional (i.e. better managed) junket operations,” said Sanford Bernstein in Tuesday’s note.

Telsey Advisory Group said on Tuesday it thought the Macau gambling market would “not grow in total enough to support the new property openings in a positive way through 2016 as the market is in the midst of a transition away from VIP toward other revenue sources”.

VIP revenue accounted for 53.3 percent of Macau’s casino gross gaming revenue (GGR) in the three months to September 30, showed data released by the local gaming regulator in mid-October. The segment’s contribution was down from approximately 56.5 percent in the prior-year period.

Japanese brokerage Nomura stated in a Tuesday note that Macau’s aggregate GGR in November was currently tracking for a 31 percent to 33 percent year-on-year decline.

The imminent return of package tours from mainland China will not only help boost Macau’s tourism businesses, but is also expected to help casinos gain more foot traffic in their mass gaming... END_OF_DOCUMENT_TOKEN_TO_BE_REPLACED