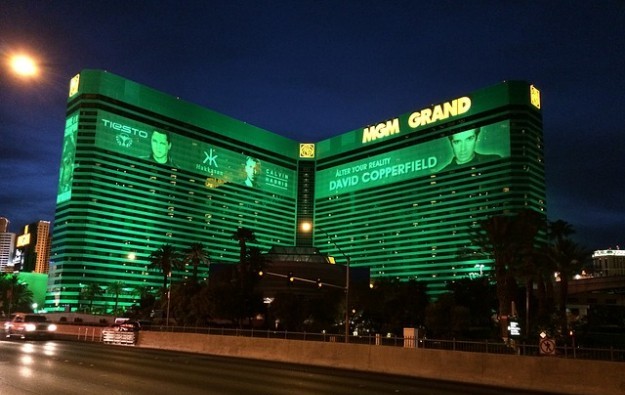 The fund values MGM Resorts at US$33 a share, more than 50 percent above the current price, and says it could reach US$55, according to a presentation published on Tuesday.

“We have been attempting to work collaboratively with MGM management to find an optimal corporate structure for the company and believe the proposed REIT conversion detailed in the presentation released today will maximise shareholder value while minimising costs,” he added in a statement.

Mr Litt recommends that MGM International sell those of its U.S. casinos located outside Nevada. He added that MGM China could take advantage of tax credits the parent company has and pay a special dividend.

“In Land and Buildings’ view, spinning out or monetising MGM China would focus investors on attractive domestic trends,” the fund said in its presentation. “A range of external factors position Macau to have significant value as headwinds dissipate, which could result in an attractive long-term opportunity,” it added.

Proceeds could be used to pay down about US$5 billion of debt maturing through 2016, it said.

MGM Resorts rose 10.6 percent to US$21.74 at the close in New York, bringing the stock back into positive territory for the year.

Analysts at Japanese brokerage Nomura said they agreed that MGM Resorts’ real estate is undervalued, but did not agree with Mr Litt’s suggestion for a special dividend from MGM China.

“We agree with most of the proposal except for a US$2.6 billion special dividend from MGM China, of which MGM REIT would receive US$1.3 billion due to its 51 percent ownership. MGM China’s leverage would increase to more than 6 times in 2016, which would be too leveraged, in our view, given the prospect of lower ROICs [returns on invested capital] in a slower-growth environment,” said analysts Harry Curtis, Kelvin Wong and Brian Dobson in a note on Tuesday.

“Backing out the special dividend would lower the equity value of MGM REIT to [about] US$23, or a combined value of [about] US$30 to US$31 per share, still offering considerable upside from today’s price,” they added.

The Nomura team said it views the proposal “as an opening round of activism”.

“For years we have estimated similar value for MGM and believe this public announcement increases the pressure on MGM to consider the strategy sooner rather than later,” the analysts said.

Exposure to Macau helped MGM Resorts in recent years, as Las Vegas was hard hit both in gambling and hotel revenues amid the financial crisis. But gross gaming revenue in Macau has fallen for nine consecutive months since June, which has dragged down casino stocks listed on the Hong Kong Stock Exchange.

In September 2012, Mr Litt issued a paper suggesting Las Vegas Sands Corp could see the then value of its shares almost double if it spun off its shopping mall and hotel properties into two real estate investment trusts.

“The concept of converting gaming assets to REITs is not a new one. It was very actively discussed before the recession. And more recently, the dialogue is there again. We look at this all the time,” Mr Murren said.

He added: “We believe that our assets are undervalued around the portfolio of our assets. We believe that as we’re working for the shareholders, we should explore every opportunity as they come across our desk. And so I’d have to say, there’s nothing definitive. There’s nothing to report, but we do look at this type of corporate transactions”.

David Bain of U.S.-based brokerage Sterne Agee said in a note on Tuesday that some of Land and Buildings’ equity multiple assumptions “seem lofty” and that asset sales and reworking MGM China leverage and dividend policy “seem at least complicated”.

But the analyst said the proposal “highlights the potential value of MGM’s land and operating portfolio versus current trading levels”.

“MGM has stated previously it is open to a REIT structure. However, MGM has looked at the REIT structure both internally and externally for years and we doubt this particular proposal carries significantly new elements to what it has reviewed before,” Mr Bain added.

On Tuesday, Land and Buildings – owner of less than 1 percent of MGM Resorts outstanding shares – announced its intention to nominate four directors to the board of the U.S.-based casino operator.

Investors are said to like REITs because they must pay out at least 90 percent of taxable earnings to shareholders as dividends, according to U.S. legislation. REITs don’t pay federal income taxes on those earnings in exchange.

Macau’s casino gross gaming revenue (GGR) for the first five days of February is estimated at MOP1.9 billion (US$235.1 million) – or MOP380 million per day – a level that suggests a “45... END_OF_DOCUMENT_TOKEN_TO_BE_REPLACED