Relaxation of table cap in Macau a possibility: DB 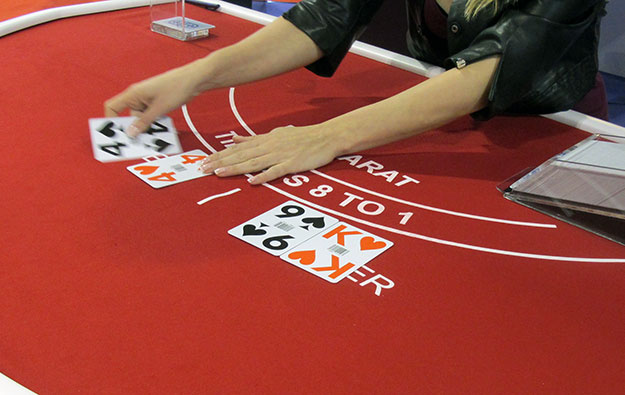 One potential policy to support Macau’s gaming industry might be “a slight relaxation of [the] table cap for new casinos with lots of non-gaming” elements, says a note from Karen Tang of Deutsche Bank AG.

Melco Crown Entertainment Ltd’s Studio City – due to open on October 27 – is likely to “get a 200 table quota instead of market’s expectation of 150 [tables],” Ms Tang said in her note, quoted by Barrons.com.

Macau’s casino regulator, the Gaming Inspection and Coordination Bureau, confirmed having received an application from Melco Crown for new gaming tables for Studio City. “No official approval on the respective application has been granted yet,” a spokesperson told GGRAsia on Tuesday.

The Macau government has imposed a cap that seeks to limit the growth of live dealer table numbers to 3 percent compound annual expansion until the end of 2022, from a base of 5,485 tables recorded at the end of the fourth quarter in 2012.

The government has also stated that gaming table allocation at new casino resorts would be based on the non-gaming features they offered. It said that such a policy approach would help speed the process of diversifying the city’s tourism sector.

Macau’s accumulated casino gross gaming revenue (GGR) for the first nine months of the year stands at MOP176.02 billion (US$22 billion), a fall of 36.2 percent compared to the same period in 2014.

Speaking to reporters, Mr So said that the city has to work on how to select the quality of tourists coming to Macau. SJM Holdings’ CEO suggested making it more attractive for tourists to stay overnight and “open up some more [Chinese] cities for travelling to Macau”.

Deutsche Bank’s Ms Tang thinks relaxation of visa restrictions is not an option being considered. “We think China will not expand the Individual Visitor Scheme as the government reiterated that Macau can only handle 21 million Chinese visitors (31 million total visitors) per year,” she said.

Macau’s Secretary for Social Affairs and Culture, Alexis Tam Chon Weng, told reporters on Thursday that expanding the IVS scheme to cover more Chinese cities was not an option, because Macau was unable to handle more visitors. Visitor arrivals to Macau reached 31.53 million in 2014.

A study released earlier this year by the city’s Institute for Tourism Studies concluded that what it called the optimum tourist carrying capacity of Macau stood at between 32.6 million and 33.7 million visitors in 2014, or 89,374 and 92,325 tourists a day.

Data from Macau Government Tourism Office show that during the period October 1 to 4 inclusive, total visitor arrivals went up 1.9 percent and for mainland Chinese visitors the tally rose 7.8 percent year-on-year. The days are a peak time for the Golden Week holiday.

Deutsche Bank however remains bearish on October GGR. “Despite visitor growth, we believe most VIPs and top-tier premium mass were absent, leaving only low-end players this Golden Week. As such, we expect Golden Week GGR to fall circa 30 percent year-on-year to MOP820 million to MOP900 million a day, though still 50 percent higher than [the] September run-rate,” said Ms Tang.

International casino operator Las Vegas Sands Corp has been ranked as the most sustainable firm in the global casino sector, according to the 2023 edition of the S&P Global Sustainability... END_OF_DOCUMENT_TOKEN_TO_BE_REPLACED