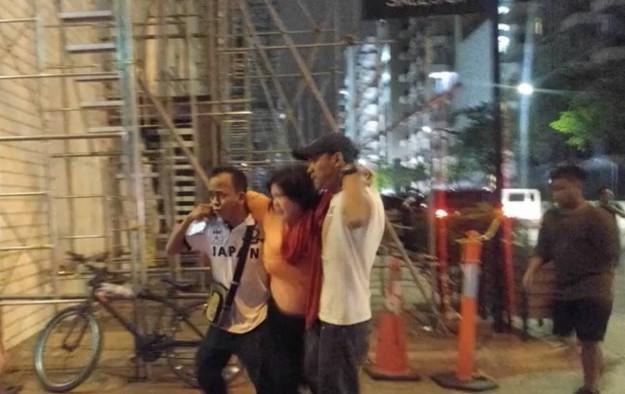 Multiple media were reporting on Friday – quoting Philippine police sources – that approximately 36 bodies had been found at the Resorts World Manila casino resort, after a masked gunman attacked the property, fired shots and started several fires in the early hours the same day. The people are likely to have suffocated from smoke inhalation, said the police sources.

According to police, the gunman eventually set himself alight and died.

Philippines police chief Ronald Dela Rosa had earlier said it was believed to be a robbery gone wrong, committed by a lone assailant. Mr Dela Rosa had at that time stated the gunman shot at a television and set some gambling tables on fire. The gunshots were not aimed at people in the room, he added.

The police chief reportedly added that the suspect had filled a bag with casino gambling chips worth about PHP113 million (US$2.3 million).

The Philippine Inquirer newspaper subsequently reported Mr Dela Rosa saying that at least 54 people had been hurt in the incident, with 18 of them kept in hospital for treatment. But following further checks of the building, it emerged there had been major loss of life.

Casino industry consultant Ben Lee of IGamiX Management and Consulting Ltd told GGRAsia via email on Friday: “Without doubt, the integrated resorts in Manila will be affected in the short term as the locals and the tourists avoid unnecessary visits to these properties with mass-market focus.”

He added: “The only saving grace for the industry there, is that a major driver of recent [casino gross gaming] revenue growth has been in the proxy betting segment, which does not require the gamblers to be physically present in the country.”

According to television broadcast reports and local media – citing eyewitnesses – hundreds of guests and employees had rushed out of the gaming resort complex after the masked gunman began firing multiple shots on the second floor. Thick smoke was seen coming out of an upper floor of Resorts World Manila in the early hours of Friday, according to television reports.

Several governments, including those of the U.S. and Australia, have already advised their citizens to exercise heightened caution if visiting the Philippine capital.

The management of Resorts World Manila has said that it “followed emergency protocols to ensure safety of guests and employees as far as the situation allowed”.

“We have no official information as to the identity or affiliation of the persons responsible for this attack,” the firm said in the hotel’s official Twitter account.

Resorts World Manila casino resort is operated by Travellers International Hotel Group Inc, a venture between Philippine-based Alliance Global Group Inc and Genting Hong Kong Ltd. The property – featuring multiple hotels and bars, as well as a shopping centre and casino – is next door to the Manila Ninoy Aquino International Airport, currently the main air hub for the Philippine capital.

Package tours from mainland China to Macau will resume from Monday, February 6, confirmed Macau’s Secretary for Economy and Finance, Lei Wai Nong, in a Friday press conference. The return of... END_OF_DOCUMENT_TOKEN_TO_BE_REPLACED