Resorts World Manila to get Okura hotel in 2018 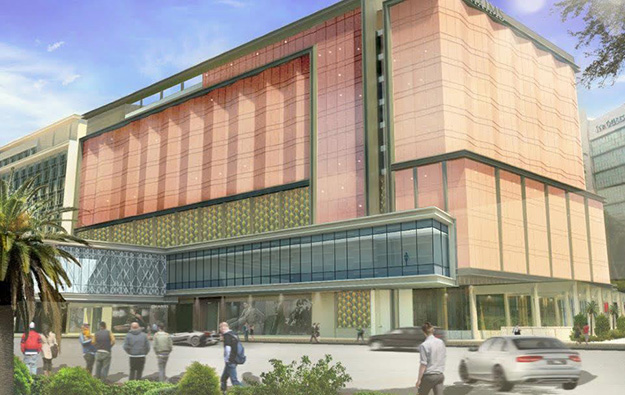 Japan’s Hotel Okura Co Ltd is to open a hotel unit in Resorts World Manila casino resort in the Philippine capital. The opening of the 191-room Hotel Okura Manila (pictured in an artist’s rendering) is scheduled for next year.

Hotel Okura said in a press release issued earlier this month it had entered into an agreement with Travellers International Hotel Group Inc – the developer and promoter of Resorts World Manila – “to manage Hotel Okura Manila, which will open in Manila, Philippines in 2018”.

“As Hotel Okura’s first hotel to open in the Philippines, we will leverage the group’s expertise in traditional Japanese hospitality to make Hotel Okura Manila a much-beloved hotel among both local and foreign visitors,” said Toshihiro Ogita, president of Tokyo-based Hotel Okura Co, in a statement included in the press release.

A report by Japan’s Kyodo News stated Hotel Okura Manila would have 11 floors and was scheduled for completion in the autumn of 2018.

Travellers International in September 2014 announced a deal with Hotel Okura Co for the latter to manage and operate an Okura-branded hotel in an upcoming casino property in Manila’s Entertainment City. The Westside City Resorts World project – formerly known as Bayshore City Resorts World – officially broke ground in October 2014 and was originally expected to be open by 2018. The scheme’s inauguration is now scheduled for 2020, according to the latest available information.

“Hotel Okura has worked closely with Travellers International, which has been a supportive and reliable partner,” Mr Ogita said, as quoted in Hotel Okura Co’s latest release.

The hotel firm aims to expand its global portfolio to 100 properties, primarily in the Asian region, the document stated. The firm currently operates 72 properties – 47 in Japan and 25 overseas – encompassing over 22,500 guest rooms.