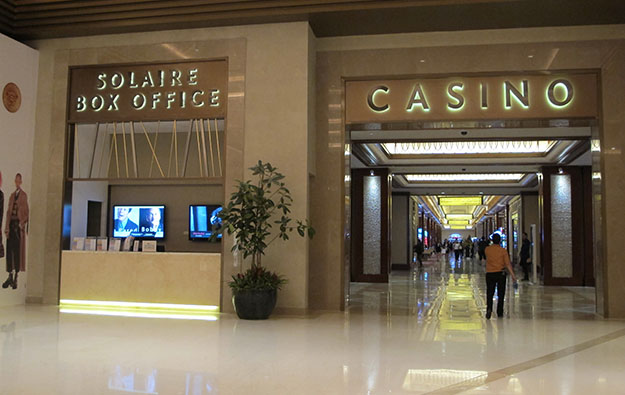 A profit-share deal involving Hong Kong-listed casino junket promoter Rich Goldman Holdings Ltd, that made possible the introduction of gamblers to a VIP room at Solaire Resort and Casino (pictured) in the Philippine capital, Manila, will be mutually cancelled with effect from Saturday (January 1) by the parties involved, said Rich Goldman in a Thursday filing.

The firm blamed the “challenging operating environment resulted from the prolonged Covid-19 pandemic,” as well as “regulatory uncertainty in the gaming industry”.

Rich Goldman said in its filing, that the group would “focus its resources on other principal businesses in the meantime, namely, its money lending business, hotel operations business and property leasing business, so as to maximise the return for the shareholders”.

The joint venture agreement to introduce VIP players to a gaming room at Solaire came into effect from January 1, 2021.

In an April 2020 filing to the Hong Kong bourse, Rich Goldman had said such a collaboration would feature elements including “live gaming tables”, and would involve wholly-owned subsidiary Prime Jade Enterprises Ltd.

Rich Goldman has previously had deals covering profit share with junkets in the Macau casino market.

Since the detention in Macau in late November, of Alvin Chau Cheok Wa, founder of the Suncity Group brand of junkets, on suspicion of facilitating online gambling overseas by Chinese customers, a number of casino operators in that city has confirmed ceasing cooperation with Macau junkets.

Some Macau casinos visited by GGRAsia on Thursday, actually had tables that were closed, notwithstanding strong consumer demand during Chinese New Year (CNY). The reasons for some tables being... END_OF_DOCUMENT_TOKEN_TO_BE_REPLACED