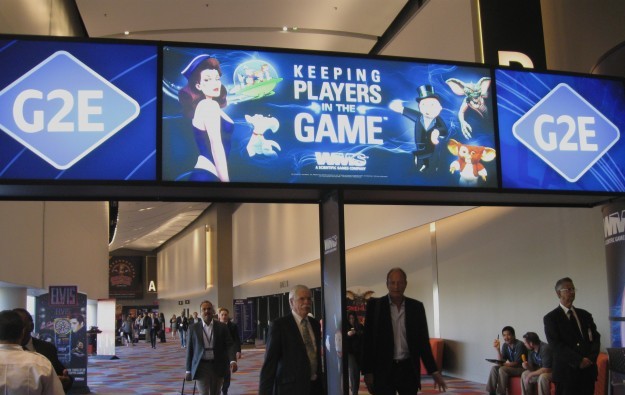 Roger Gros, founder and publisher of the Global Gaming Business (GGB) magazine, has been selected as the recipient of the 2017 Peter Mead Memorial Award, for his work in the field of gaming media and communications.

AGEM announced in 2015 the creation of its annual awards programme to acknowledge the lasting impact made on the gaming industry by Mr Halle and Mr Mead, two industry veterans who died unexpectedly in 2015.

Honourees are announced each year at the Global Gaming Expo (G2E) in Las Vegas. This year’s presentation will take place on Wednesday, said AGEM. The G2E 2017 trade show takes place at Sands Expo at the Venetian Las Vegas, from October 3 to 5, with the conference portion of the event running from October 2 to 5.

Mr Meitzler, 59, began his career as an assistant game designer for Bally Gaming in 1977. He held more than 10 different positions in the gaming industry, primarily in the areas of sales and customer service. Mr Meitzler assumed his current role with Novomatic in 2015, according to Monday’s press release.

“How very deserving and appropriate it is for Rick Meitzler to receive this award named for his mentor and friend Jens Halle,” said Tom Nieman, president of AGEM, in a prepared statement.

Mr Gros, 66, started chronicling the gaming industry as a co-founder of Casino Journal magazine in 1983, as well as Casino Player magazine in 1988. In 2002, he founded GGB and has been the magazine’s publisher for the past 15 years. His Casino Connection International company also publishes the journals Tribal Government Gaming, Casino Style and G2E Preview.

“Roger’s collective history and knowledge of the industry has been shaped by diverse and unique viewpoints that have made him one of gaming’s greatest communicators and steadfast supporters,” said Marcus Prater, executive director of AGEM, in a statement. “His written words and dedication to the trade journal and trade show segments of our industry have kept all of us informed and engaged as gaming has expanded globally over the past 30 years,” he added.

Macau’s Court of Final Appeal announced on Monday sentences in relation to a total of nine cases concerning debt claims involving junket operators based at local casinos. In all the cases, the... END_OF_DOCUMENT_TOKEN_TO_BE_REPLACED