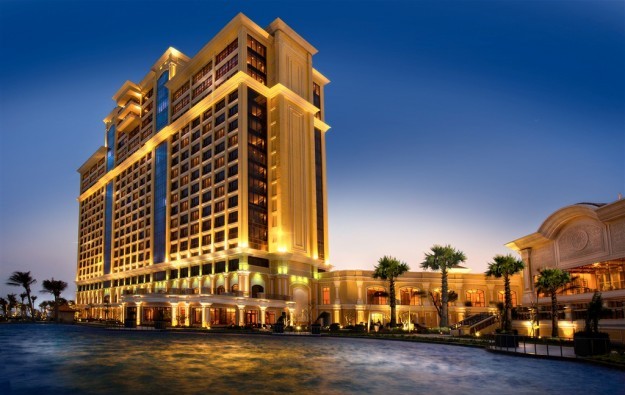 The current violence in Vietnam may not be bad enough to deter tourists but it may dent revenues from the gaming and hospitality industries.

Hundreds of Vietnamese have recently been arrested in a crackdown on anti-China riots sparked by territorial tensions in the South China Sea and the number of tourists entering the country has declined as travel agencies cancel their bookings.

If would-be visitors perceive a destination to be unsafe or politically unstable, that can have an impact on their willingness to book a holiday –regardless of whether their government has issued an advisory notice, suggests research in 2009 by Durban University of Technology in South Africa.

“The coup in Thailand has grabbed headlines and this may have a greater effect on tourist arrivals to Vietnam,” said Karl John, chief expert of Asia Trade Experts, a consultancy specialising in advising companies on strategies for expanding in Asia.

“It could be that tourists seeking the ‘Asian experience’ will visit Vietnam instead of Thailand. It could also be that if there is a reduction in tourists visiting Thailand, there may be less side-trips to Vietnam,” he told GGRAsia.

Mr John spent 10 years living in Vietnam. He has advised casino developers on Vietnam and still makes frequent visits to the country.

The recent riots in Vietnam, targeting Chinese and other foreign-owned businesses, followed the placement on May 1 of an oil rig near the Paracel Islands - an archipelago the ownership of which is disputed between Vietnam and China.

Tensions with China, one of the largest tourism markets in Asia, regularly trigger demonstrations in Vietnam.

Tourism officials in mainland China, Hong Kong, Macau and Taiwan have advised their residents not to travel to Vietnam. Chinese nationals have also been advised to reconsider travel plans to Thailand.

The anti-China protests could be a setback for the gaming industry in Vietnam, which is facing more competition from neighbouring jurisdictions, including the Philippines or Cambodia.

“As a gaming destination, Vietnam has a lot of similarities with the Philippines. Both offer themselves as an alternative to Macau for China’s high rollers,” said Mr John.

“In order to survive, the high end mass-market players and low end VIP’s are the ‘bread and butter’,” he added. “Vietnam is able to compete on price because the deposit required to be recognised as a VIP is about 98 percent lower than Macau and about 50 percent lower than in the Philippines or neighbouring Cambodia,” he said.

Joey Lim Keong Yew, managing director of casino operator Donaco International Ltd, which has interests in Vietnam, gave some insight into the market during a conference session at this year’s Global Gaming Expo (G2E) Asia, which ended on Thursday in Macau.

Donaco’s gaming revenue in Vietnam is mainly derived from VIP guests, most coming from mainland China, said Mr Lim. “Ninety percent of our business comes from what we call high rollers, which constitute the premium mass market here in Macau, at best,” he said.

The five-star casino-resort Grand Ho Tram Strip (pictured) became the sixth casino resort in Vietnam when it opened in July last year. It is located a few hours away from Ho Chi Minh City.

Vietnam prohibits casinos from admitting Vietnamese punters, unless they hold a foreign passport. Operators would like to tap the local market base, which is less volatile and more profitable than VIP play.

A change in legislation could make foreign gaming investors revisit the Vietnamese market, but they are likely to adopt a wait-and-see approach regarding any changes to the legislative framework.

“One question we were always asked was – what is our assessment as to when will that restriction [on Vietnamese domestic players] be lifted. So without the mass market, Ho Tram has to rely on VIPs,” said Mr John. “Ho Tram has not built the ‘critical mass’ to attract VIP’s because few serious players want to be restricted to a single casino.”

People in the industry say the anti-China protests have hardly any impact on Ho Tram because there aren’t enough customers over there at the moment, even on normal days.

In the first seven months of operation, Ho Tram claimed 35,877 visitors, an average of 5,125 visitors per month, according to figures quoted by Mr John.

Grand Ho Tram Strip is supposed to be the first of up to five resorts to be developed along the Ho Tram beachfront, under a government plan requiring a total investment supposedly of US$4 billion.

“Because the investment proposal would have relied on Chinese punters, any reduction in the number of Chinese tourists will have a serious affect on gaming and hotel revenues,” suggested Mr John.

Vietnam’s Standing Committee of the National Assembly is debating if it should relax the country’s gaming laws, as the government tries to put a lid on taxable dollars leaving the country.

Donaco’s Mr Lim said the government has estimated that around US$800 million is lost in annual tax on gross gaming revenue as Vietnamese go to gamble elsewhere.

Set against that is the bigger geopolitical picture. Vietnam’s prime minister Nguyen Tan Dung has said he is mulling legal action against Beijing over its deployment of the oil rig in disputed waters.

“How Vietnam plays its cards is crucial to the success of not only the gaming sector but how the Vietnamese government is viewed at home and abroad,” said Mr John.

The analyst says Vietnam is in a “lose-lose position” when faced with China’s regional and international ambitions.

“By ignoring such moves, it bolsters China’s legal claim. If it puts up a defence of its own claim, it could be dragged into a long and costly contest against a stronger force,” he said.

If the dispute continues to spark domestic violence, international confidence and foreign investment will be affected, and that may have an impact on economic development.

In March, the Philippines submitted a case to an arbitration court in The Hague, challenging China’s claims to the South China Sea.

“If Vietnam was to join in the legal challenge or initiate its own, this would put China on the spot,” Mr John said. “By playing the card of cooperation, Vietnam may well win the game.”

A Philippine lawmaker says public opinion on Philippine Offshore Gaming Operators (POGOs) would be an important factor when he and colleagues draft a Senate committee report on the economic and... END_OF_DOCUMENT_TOKEN_TO_BE_REPLACED