Rise of 52pct in Macau gamblers fined for smoking 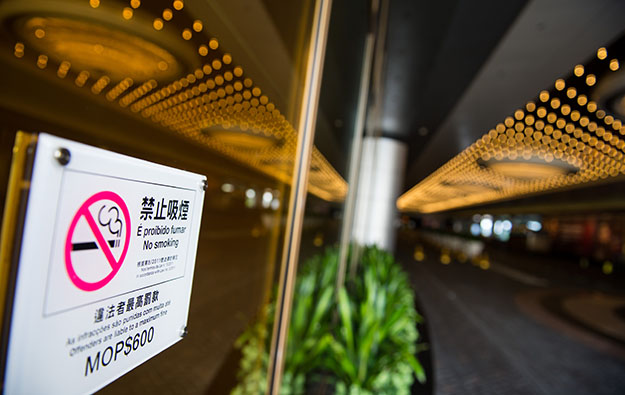 A total of 891 people received cash fines in Macau in the first 11 months of 2017 for smoking in unauthorised areas inside the city’s casinos, according to government data. That is an increase of 52.3 percent from the prior-year period, when a total of 585 people had been fined, show official data.

Statistics from Macau’s Health Bureau show that a total of 616 site inspections were conducted inside casinos between January and end-November – up from 455 inspections in the first 11 months of 2016.

The majority of those fined in the first 11 months of 2017 – 84.0 percent – were tourists, according to a Wednesday press release from the Health Bureau.

In its latest release, the bureau said that during the month of November it had noted higher incidence of cases in a few locations, including at casino hotel Wynn Macau, operated by Wynn Macau Ltd.

It had been announced in October that the Wynn Macau property was facing a probe from the city’s Health Bureau for allegedly breaching the city’s ban on smoking in public places.

Under the new bill, smokers that light a tobacco product in no-smoking areas will be subject to a fine of MOP1,500 (US$186), up from MOP600 under the current legislation.

Macau is entering a “new phase” in its approach to dealing with Covid-19, said on Thursday the official in charge of health policy, after nearly three years that has seen the tourism and casino... END_OF_DOCUMENT_TOKEN_TO_BE_REPLACED