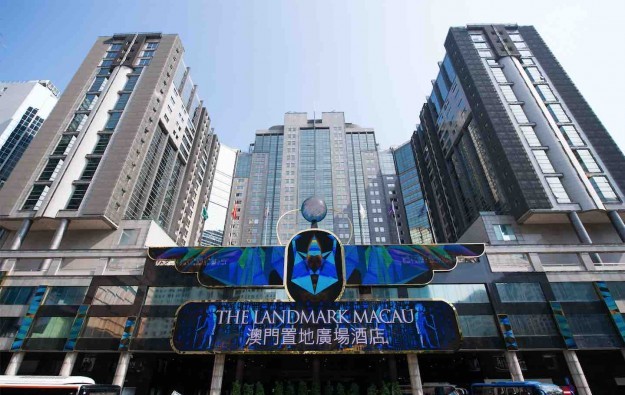 Macau’s Health Bureau says four people recorded as working at the Landmark casino are confirmed to have caught rubella, a disease also known as German measles.

The casino within the New Orient Landmark Hotel (pictured) on the Macau peninsula is the fourth Macau gaming property in fewer than two months to have cases of rubella confirmed by the city’s authorities.

The other local gaming properties to have confirmed cases of rubella were MGM Macau, City of Dreams and StarWorld Hotel. MGM Macau, located on Macau peninsula, is run by MGM China Holdings Ltd. City of Dreams, in Cotai, is operated by Melco Resorts and Entertainment Ltd. StarWorld Hotel, on Macau peninsula, is a casino resort run by Galaxy Entertainment Group Ltd.

According to data from Macau’s Health Bureau, a total of 20 people recorded as working at Macau casino resorts was confirmed – since last month – to have caught rubella.

Macau had an aggregate of 31 rubella cases reported citywide so far this year.

All the four new rubella cases relate to workers with “unclear history” of vaccination against that virus, the bureau noted in press releases issued respectively on Tuesday and Wednesday.

Last month, the Health Bureau had confirmed that seven workers at StarWorld had been diagnosed with rubella. In addition, seven staff from City of Dreams were also confirmed to have caught the disease.

Most of Macau’s casino operators are likely to generate positive free cash flow in the first quarter, given the robust recovery level of mass-market gross gaming revenue (GGR) in January, relative... END_OF_DOCUMENT_TOKEN_TO_BE_REPLACED