Rui Cunha to leave SJM board, Daisy Ho likely in 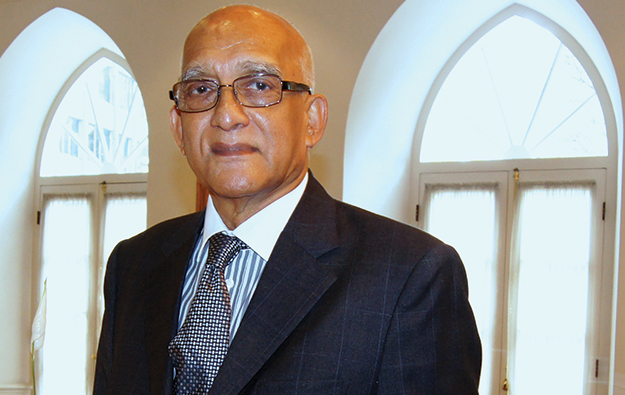 Septuagenarian lawyer Rui Cunha (pictured), one of Stanley Ho Hung Sun’s longest-serving advisors, is to step down from the board of Macau casino operator SJM Holdings Ltd, a business founded by Mr Ho, according to a Monday filing by the company.

The same filing said the board would recommend, at its upcoming annual general meeting, the election to the  board of Daisy Ho Chiu Fung – a daughter of Mr Ho by his second consort – to be one of the firm’s executive directors.

SJM Holdings was floated on the Hong Kong Stock Exchange in 2008, at which time Mr Cunha was recorded as being a director. Since 2001 he has served as a director of  Sociedade de Jogos de Macau SA – the Macau entity holding SJM Holdings’ Macau gaming licence – and since 2003 its company secretary, responsible for overseeing the firm’s secretarial and legal affairs.

According to SJM Holdings’ announcement, filed to the Hong Kong bourse after trading hours on Monday, Mr Cunha will not offer himself for re-election as an executive director at the annual general meeting.

The filing said the reason was a “change of his responsibility focus as a result of the group’s business growth and diversification”.

SJM Holdings said the election of Daisy Ho as a director would “enhance the board diversity”. The annual general meeting is scheduled for June 13.

The Monday filing said Daisy Ho had “extensive knowledge” regarding “financial functions of a publicly-listed conglomerate, [of] property and hotel development, and travel and hospitality in Greater China and the Southeast Asian region.”

Daisy Ho has also served previously as a director at MGM Grand Paradise Ltd, the gaming licence holder for MGM Resorts International’s casino property in Macau, MGM Macau. Daisy Ho stepped down from that role at the end of 2010, according to media reports. MGM Grand Paradise acquired its Macau gaming licence from her father’s Sociedade de Jogos de Macau SA for US$200 million. Daisy Ho’s sister Pansy Ho Chiu King – also a daughter of Mr Ho by his second consort – is managing director of Shun Tak and is also an investor in and director of, MGM China Holdings Ltd, the Hong Kong-listed firm that controls MGM Macau.

According to the Monday filing, subject to her being elected as an executive director at SJM Holdings, Daisy Ho will be entitled to an annual director’s fee of HKD500,000 (US$64,247) on what it termed a “pro-rata basis” in 2017.

The Macau government announced on Tuesday tightening of its Covid-19 testing requirements for front-line casino staff, halving the interval between nucleic acid tests to every two days, from every... END_OF_DOCUMENT_TOKEN_TO_BE_REPLACED