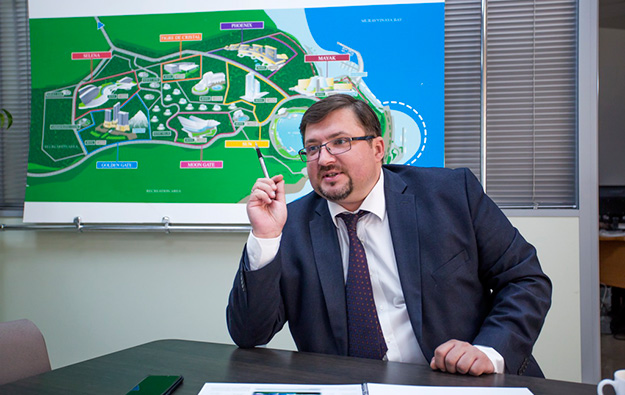 Primorsky Krai Development launched in July a total of three independent auctions for land in Primorye that is earmarked for casino development. The deadline for applications was Monday (August 28), according to a notice on the firm’s official website. But the company has decided to extend the deadline for submission of bids until September 28 to provide potential bidders with more time to prepare their proposals.

Mr Folomeev also stated that at least two more plots earmarked for casino development could be available soon for auction. The plots had been previously granted, respectively, to Gaming Group Primorye LLC and Royal Time Group, but had not been developed according to the agreed schedule. Primorsky Krai Development was now resorting to legal action to get back those plots.

Mr Folomeev said the government forecast Primorye could attract about eight million inbound tourists per year in 2022, with no less than eight casino resorts in operation, offering at least 6,000 hotel rooms. Primorsky Krai Development expects to spend up to US$926 million in basic infrastructure development in Primorye up to 2022.

It had been reported by several Russian media outlets that the federal authorities might take over from the Primorsky Krai regional government the oversight of casino development area, amid concerns that progress on the special area was lagging. Mr Folomeev told GGRAsia he was “satisfied” with the pace of development in Primorye, and that work was being carried out in accordance with the area’s overall plan.

He added: “Primorye now already has the highest [business] rates among all gambling areas in Russia. And of course we are the only one area that was recognised by the largest companies from the gambling industry, such as Melco International Development Ltd and NagaCorp Ltd as [a] potentially successful project.”

In July 2009, the Russian government closed down all the country’s then-existing casinos and electronic casino game halls. In 2010, the federal authorities identified four specific zones in the country that would be allowed to offer casino gaming: Azov City in the Krasnodar region; Primorye near the Pacific port of Vladivostok; Kaliningrad, a Russian enclave on the Baltic Sea coast; and Altai in Siberia. In 2014, Russia’s President Vladimir Putin signed a law allowing the establishment of additional gambling zones in Sochi – which hosted the 2014 Winter Olympics – and in the Crimea, a peninsula on the Black Sea that Russia annexed from the neighbouring country of Ukraine in March 2014.

In Primorye, phase one of Tigre de Cristal opened in autumn 2015. The property is operated by Hong Kong-listed Summit Ascent Holdings Ltd, controlled by gaming entrepreneur Lawrence Ho Yau Lung via Melco International. A second phase is currently under development, scheduled to open in the second half of 2019.

Hong Kong-listed casino operator and developer NagaCorp is also developing a casino resort in Russia: it had a ground breaking ceremony on its Primorye site in May 2015. Company chairman Tim McNally told GGRAsia last month that the firm was still expecting to open the property in the first half of 2019.

Macau’s unemployment rate, and the resulting social pressure, could potentially result in “instability” regarding the city’s security, said the Office of the Secretary for Security in... END_OF_DOCUMENT_TOKEN_TO_BE_REPLACED