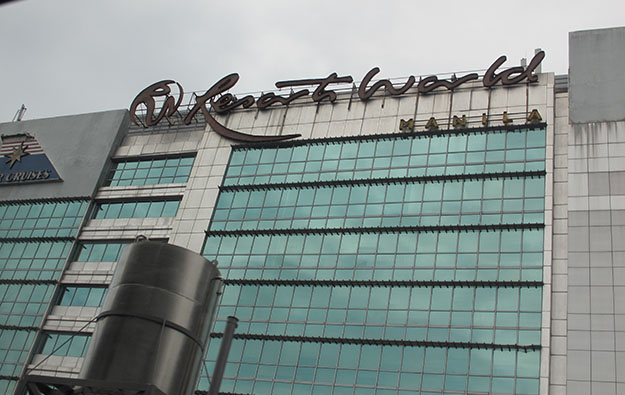 Kingson Sian, president and chief executive of Resorts World Manila casino complex (pictured) in the Philippine capital, says the property’s business performance will continue to improve as it ramps up phase three of the project.

“We’ve been receiving very positive comments after the soft opening of the Grand Wing last year,” said Mr Sian, as quoted in a company written statement release on Tuesday. “We are confident that we can deliver sustainable top line and EBITDA [earnings before interest, taxation, depreciation and amortisation] growth moving forward,” he added.

First-quarter profit at Travellers International fell by 45.2 percent year-on-year, despite a good performance in net revenues in the reporting period. Net profit for the three months to March 31 was PHP243.38 million (US$4.66 million), compared PHP444.05 million a year earlier, according to numbers given by Genting Hong Kong in a Friday filing to the Hong Kong bourse.

In addition to Hilton Manila, which opened in October 2018, the Sheraton Manila Hotel is already in its soft-opening phase, and the Hotel Okura Manila is scheduled to open later this year, bringing the Grand Wing hotel room count to approximately 940.

“With the opening of Hotel Okura Manila in the second half of this year, total room count at the Resorts World Manila complex will be approximately 3,500, supporting the continued growth of the Philippine tourism industry,” stated Mr Sian.