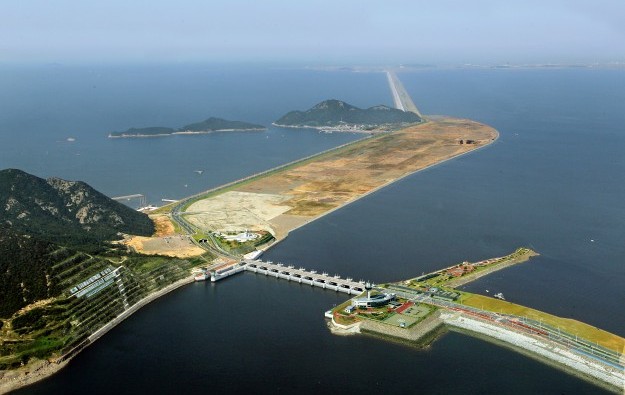 South Korea’s government has endorsed a bill that would relax inward foreign investment restrictions relating to a part of the country tipped to allow a foreigners-only casino resort.

According to news agency Yonhap, national officials on Tuesday supported a measure that would ease some foreign investment conditions relating to Saemangeum, an area of reclaimed land (pictured) in North Jeolla, in the southwest of the country.

The government-backed bill is said to simplify the registration process for foreigners-only casinos in that area. Under the current rules, only casinos that are attached to luxury hotels and have at least US$500 million of investment are qualified to register, reported Yonhap.

The North Jeolla provincial government in January said it was in “consultations” with U.S. and Chinese investment funds about the possibility of constructing an integrated resort in the area. The Saemangeum area is said to cover 40,200 hectares (99,336 acres).

In the same month, South Korea’s government said it would consider bids for two new foreign-players only casino projects in the country – each with a minimum investment of KRW1 trillion (US$917 million). They would supplement two licences already issued for the Incheon Free Economic Zone near the nation’s capital Seoul, and close to the country’s main air hub, Incheon International Airport.

Approximately 6.1 million mainland Chinese travellers went to South Korea last year, up by 42 percent year-on-year, according to data from the Korea Tourism Organization. Chinese visitors accounted for about 43 percent of all visitor arrivals in 2014. Casino operators in South Korea are said by investment analysts to be targeting Chinese visitors as customers.

South Korea currently has 16 casinos for foreigners-only and one for locals, according to the University of Nevada Las Vegas Center for Gaming Research.