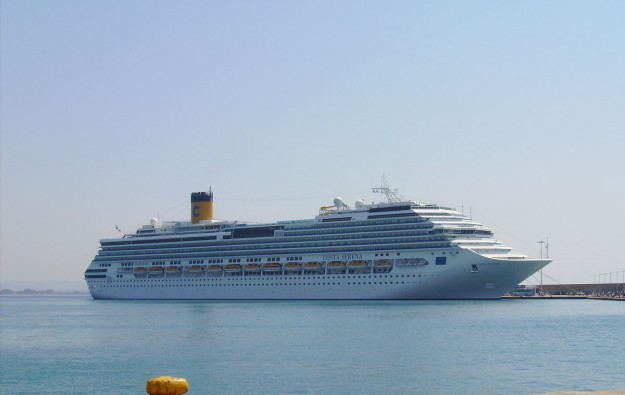 South Korea’s biggest cruise terminal will open on April 26 in the western city of Incheon, about 90 minutes by road from the capital, Seoul. The report in Wednesday’s online edition of the Business Korea magazine, says a cruise liner containing a casino will operate from the terminal.

The terminal at Songdo International City District 9 features a quay about 430 metres (1,411 feet) long that would allow the biggest cruise ships in the world – with a displacement of up to 225,000 tons – to dock. The terminal will be able to handle cruise ships carrying up to 6,000 passengers, according to the media outlet.

The report says the Incheon Port Authority will partner with Lotte Tour to operate the 114,000-gross-ton liner Costa Serena (pictured) on the Incheon-Shanghai-Fukuoka-Busan route. The ship was launched in 2007, is 290 metres long and 35.5 metres wide, and has a swimming pool, theatre and casino, Business Korea says. The liner currently departs from Shanghai.

The Korea Business report says the Incheon Port Authority announced the opening date for the new facility on Tuesday. The terminal building will be two-stories high and contain 7,364 square metres of floor space.

Incheon is home to a number of gaming facilities. Last year, the Paradise City casino resort opened there, and two other casino resorts – the Inspire by Mohegan Gaming and Entertainment and the US$700-million Caesars Korea – are being built there.

South Korea has offered offshore casino cruising since 2016, but admission to the casinos has been for foreign passport-holders only.

A Macau court was told on Wednesday that Asian American Entertainment Corp Ltd (AAEC), led by Taiwan businessman Marshall Hao Shi-sheng, was to blame for its failed tie-up with United States-based... END_OF_DOCUMENT_TOKEN_TO_BE_REPLACED