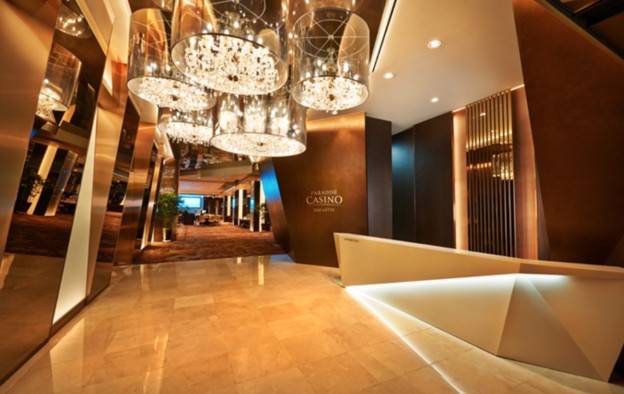 But the rate of year-on-year decline in casino sales in June reached 50.2 percent, the firm said in a filing to the Korea Exchange on Monday.

The poor June performance coincided with what analysts have said was a fall off in tourism to the country that month in the wake of a nationwide health alert over an outbreak of Middle East Respiratory Syndrome, known as MERS.

The overall number of air travellers in the South Korea market plunged 19.5 percent year-on-year in the first three weeks of June, according to the Ministry of Land, Infrastructure and Transport.

Additionally on June 23, analysts at brokerage Sanford C. Bernstein Ltd in Hong Kong mentioned in a note there had been reports of a crackdown by Chinese authorities the previous week on some travel agencies in Beijing that promote South Korean casinos to mainland China gamblers.

Table drop – defined by the company as the amount of cash exchanged for chips by customers at the table – fell 49.7 percent month-on-month in June, to approximately KRW218.75 billion, from KRW434.62 billion in May.

Table drop for the first half was down 21.9 percent, to nearly KRW2.15 trillion, from approximately KRW2.75 trillion in the year-prior period.

Paradise Co’s casino business division accounted for 84.7 percent of the group’s consolidated sales in the year 2014, the filing added.

Fitch Ratings Inc said in a report published in late May that it had a “cautious view” on the South Korean casino industry’s foreigners-only venues in the light of likely competition from new or improved overseas properties.